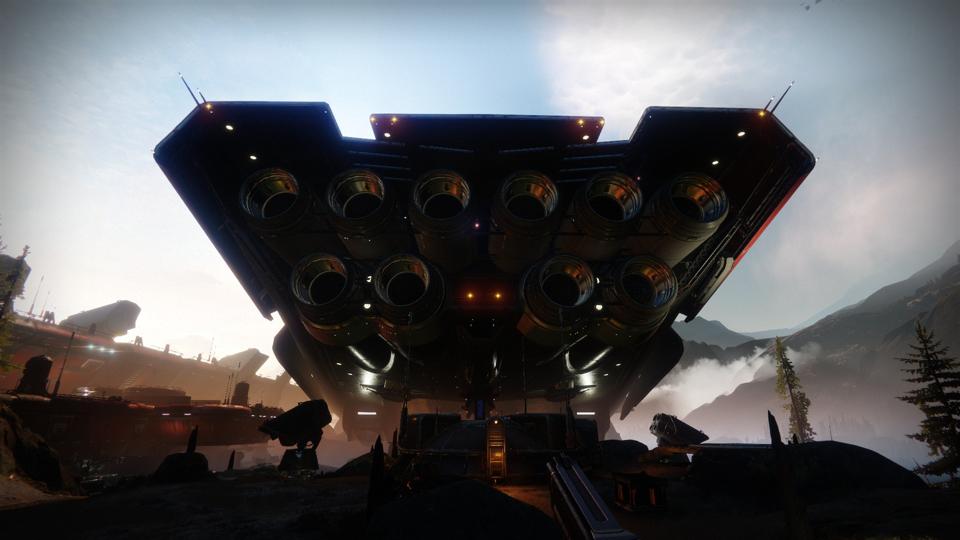 The Witch Queen is coming, and while I maintain my theory about the new area being Old Chicago, based on both clues and common sense, it will also have a Soul Stone-like cost. A life for a life.

While Destiny has put an end to the concept of temporization, limiting the power of the gears to rotate entire slates of weapons and armor, they have shown no sign that they will stop putting old areas in the content safe, ie. remove them from the game to save space. They say the game is currently the “size” they want it to be, and that means when a new area comes along, something else will go the same way.

No, it won’t be a cataclysm like we’ve seen with the loss of Mars, Mercury, Io, Titan, and Leviathan at the same time, and yet there are prime candidates for what could happen. So, let’s review.

EDZ – This is probably my first idea of ​​the area that will be set aside when Old Chicago arrives. It would be a bit strange to be brought into a swampy area of ​​overgrown land and also have an area of ​​overgrown earth forest next to it. In addition, we now have the Cosmodrome, which would make Three areas of land at once, a little excessive. The EDZ is tied to a Red War campaign that’s now obsolete, and we’ve only been back for a few different things, like Harbinger’s quest since. It’s probably time for the EDZ to call it a day, if something should die.

Nessus – Nessus is the other remaining Red War Zone, so he could potentially be on the chopping block as well. The Vex and the Cabal are determined to crush their bones to make their bread, so that someone can actually be successful at some point and consume the entire moon. Additionally, next season will mark the return of Venus with the Vault of Glass. Maybe not Venus as a patrol area, but I mean, may be a piece of it, which would have some thematic overlap with Nessus and his Vex presence. And most of all, it’s just… very old and takes up a lot of space. So it can be okay.

The dreamy city and the tangled shore – Bungie has categorically stated that Forsaken content will one day be scrapped and Uldren’s Tangled Shore plot might confuse new players who know Crow, so could it be this year? I can see it coming. I have a theory that Mara Sov will return in Season 15 (the one after this one) to end the Dreaming City curse once and for all. This could result in either A) the cleansing of the Dream City, which means there are no more enemies to fight, or B) the destruction of the Dream City. The last time all of those areas were gone, there was a story reason, and I doubt that was shrouds of darkness again.

But there are a few captures here. Eliminating these areas would be that there would be zero locations with Scorn throughout the game other than Gambit, removing an entire enemy race unless the Scorn is moved elsewhere. Beyond that, Forsaken is still on sale, and a long time ago there was a line about how content should be free for a while before it was stocked. So maybe it’s not this year, but next.

The moon – The moon is just… irrelevant. Nothing significant to the story has happened there since Shadowkeep. It was supposed to be a glimpse of the pyramids, which are now everywhere. He has a good dungeon, although probably the worst of the three. In terms of sheer “utility” I think the moon might be a good place to cut. It’s not exactly Mercury but at this point it’s not too far.

Europa / Cosmodrome – No, they’re too new. It’s pretty clear. Although I will say that I was not very impressed with the return of the Cosmodrome as the best thing it has given us is Devil’s Lair and… not really much else. Older strikes, worse, relatively dead small patrol space. Not much is happening there, and with no plans to expand the Cosmodrome now, that seems unlikely to change.

I still don’t like the content vault. In an age where Call of Duty takes up an entire hard drive, I don’t really care if Destiny is around 150GB. I want the world to expand, not grow larger while shrinking. Either way, I guess that’s what we’re doing now, so all we can do is hope that what we’re losing isn’t too big or loved.