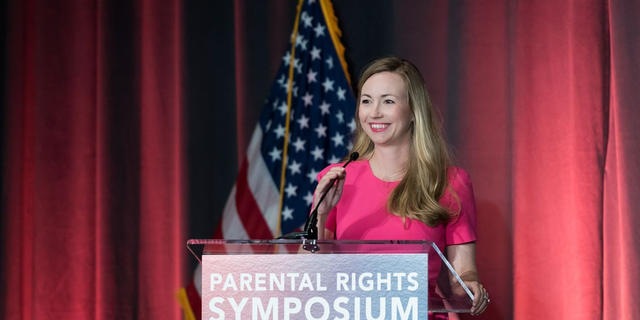 EXCLUSIVE: The Heritage Foundations political advocacy group is making a major investment in the upcoming interim terms, pouring money into states where Congressional Republicans have expressed concerns about the quality of the candidates.

Heritage Action for America’s super PAC, the Sentinel Action Fund, is spending $5 million in Arizona and $1 million in Georgia to boost the candidacy of two candidates who have fallen out of favor with nationally elected Republicans.

That spending is complemented by Heritage Action itself, which told TBEN News Digital exclusively that it spent $1.8 million on voter engagement in Nevada and New Hampshire. Both states have high-profile Senate and House races this year that can determine which party holds power in Congress.

“Conservative candidates and conservative policies are at stake,” said Jessica Anderson, Heritage Action executive director. “Let’s go do this and win back a [congressional] majority for the right reasons and frankly with the right people.”

Arizona is where Heritage’s super PAC has made its largest investment. It spends more than $5 million to support Blake Masters, the GOP nominee for the US Senate.

INDEPENDENTS IN MAJOR BATTLE STATES MUCH MORE WITH REPUBLICANS THAN Democrats

By contrast, the Senate Leadership Fund, a super-PAC that works closely with Senator Majority Leader Mitch McConnell, R-Ky., announced last month that it was cutting nearly $8 million on ads it set aside during Election Day in Arizona.

“We think he has a real chance. We think this race can be won,” Anderson said of Masters. “We think other conservative and Republican incumbent groups should come back to Arizona, take another look at the state and realize what’s at stake.”

Masters, who follows his Democratic opponent in fundraising, told TBEN News Digital that conservative voters in Arizona were beginning to question why national Republicans were no longer involved in his race.

In each of those states, national Republicans have expressed concerns about their chances of success in recent months. Candidates such as Walker and Masters follow incumbent Democrats in polls and fundraising.

According to the Center for Responsive Politics, Masters had raised $4.8 million from Kelly’s in July, more than $52 million. Walker has raised nearly $20 million compared to more than $60 million from Democratic Senator Raphael Warnock.

“I think there’s probably a higher chance of the House tipping over than the Senate,” Senate GOP leader Mitch McConnell told an audience in his home state of Kentucky last month. “Senate races are just different, they’re all over the state. The quality of the candidates has a lot to do with the outcome.”