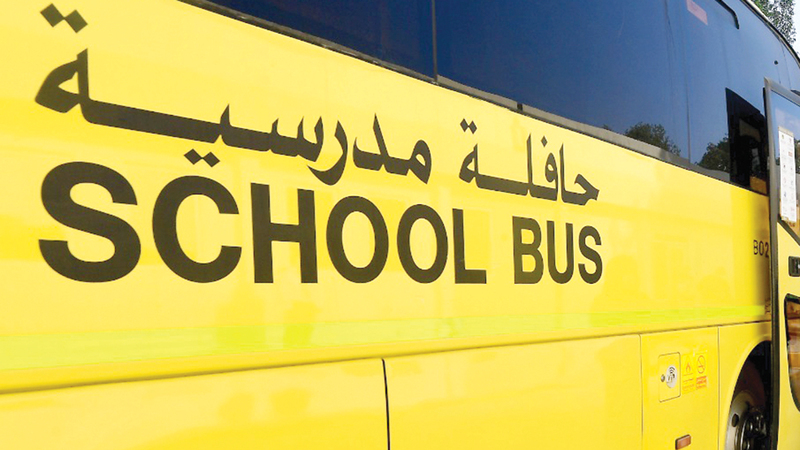 Finally, advertisements posted by drivers about the availability of private transport services for students (Carlift) have increased significantly, following the decision of school administrations to increase bus fees.

The students’ families considered that the school bus fees in private schools are “irrational” and “exaggerated,” pointing out that “the school administrations are exploiting the student transportation service to increase profit, by continuing to increase their fees, even though the student’s daily trip is itself without change, and without adding any new services that require this increase.

Some of them confirmed that they decided, at the beginning of the second semester of the current academic year, to resort to “carlift” to transport their children from home to school, in order to alleviate the financial burdens incurred by families, noting that “school transportation service fees increased by a large percentage compared to the last academic year.” And «Emirates Today» monitored a large number of advertisements on social media platforms, whether from students who need a “Carlift” to transport their children on their daily school trip, or from car owners and drivers offering private transportation service for students.

And a woman calling herself (Umm Ahmed) specified the geographical area in which she works, adding that she has a place that can accommodate three students.

In contact with one of the advertisers, she said that she is a “housewife” and that she has a car, so she decided to use her time to drive students who live in her area to schools. She stated that the fees she charges are low, and are not comparable to the “taxi” fare, in addition to being much lower than the school bus fees.

Ahmed Saleh (the father of four students) said, “The fees imposed on the student’s family during the academic year are numerous and exorbitant. They include tuition fees, books, uniforms, and school transportation, and drain more than half of the family’s budget, especially if it has multiple children.”

He added that «the school sees in the fees for books, transportation service and uniforms a wide scope for it to increase its fees almost every year, providing a lot of justifications for that, and therefore we resorted to (Carlift) to escape from the exaggerated bus fees». Ibrahim Ahmed (the father of two students) stated that “the increase in school bus fees is illogical, especially since the daily trip from home to school has not changed, and the school has not added any new services for students during which fees need to be increased.” He stressed that what he pays to the driver who transports his two children to school, during the school year, is equivalent to 70% of the school transportation service fees decided by the school, adding that he knows the driver well, as he is his neighbor, pointing out that he does not worry about his two children while they are with him, especially since His son is a classmate of the two at the same school. Noura Magdy (a student’s mother) believes that “school bus fees are exaggerated and increase the living burden,” which prompted her, along with other mothers, to nominate a number of them to take their children to school for a small amount of money. She mentioned that some school administrations attribute the raising of fees, or their submission of a request to raise them with the concerned authorities, to the rise in oil prices, although the rise is not stable, as fuel prices actually increased within a month or two, but then they quickly declined again.

For his part, a private school principal, who preferred not to be named, said that the school cannot increase bus fees on its own.

And he explained that “private schools have the right to apply for an increase in tuition fees, with a statement of justifications and reasons for that, while the competent educational authorities, according to their policies, issue decisions of approval or rejection of these requests.” He added, “Some private schools may be forced to raise transportation service fees, because they rent buses from other parties, and if these agencies raise the rental value, the school is forced to raise service fees.”

Lawyer Rashid Al-Suwaidi confirmed that transporting students via Carlift is against the law, and exposes the vehicle owner to legal accountability, because he did not obtain a license to practice the activity of “passenger transportation” in his own car. He added that “a person’s use of his private car, a Carlift, is considered to be practicing a commercial or professional activity, and thus it is considered a violation of his work contract, which specified a specific profession and a specific work destination for him, especially if he did not obtain from his employer a permit to practice another profession.” Al-Suwaidi stated that “Carlift” is different from taxis, school buses, and cars operating with a passenger transport company, such as “Uber” and “Careem,” as these vehicles are covered by insurance for the vehicle, driver, and passengers against accidents, while private cars may be insured “against accidents.” third parties”, and therefore in the event of an accident, there will be no compensation for the injured or the victims.

Hamdan bin Mohammed: We aspire to prepare leaders who keep pace with change