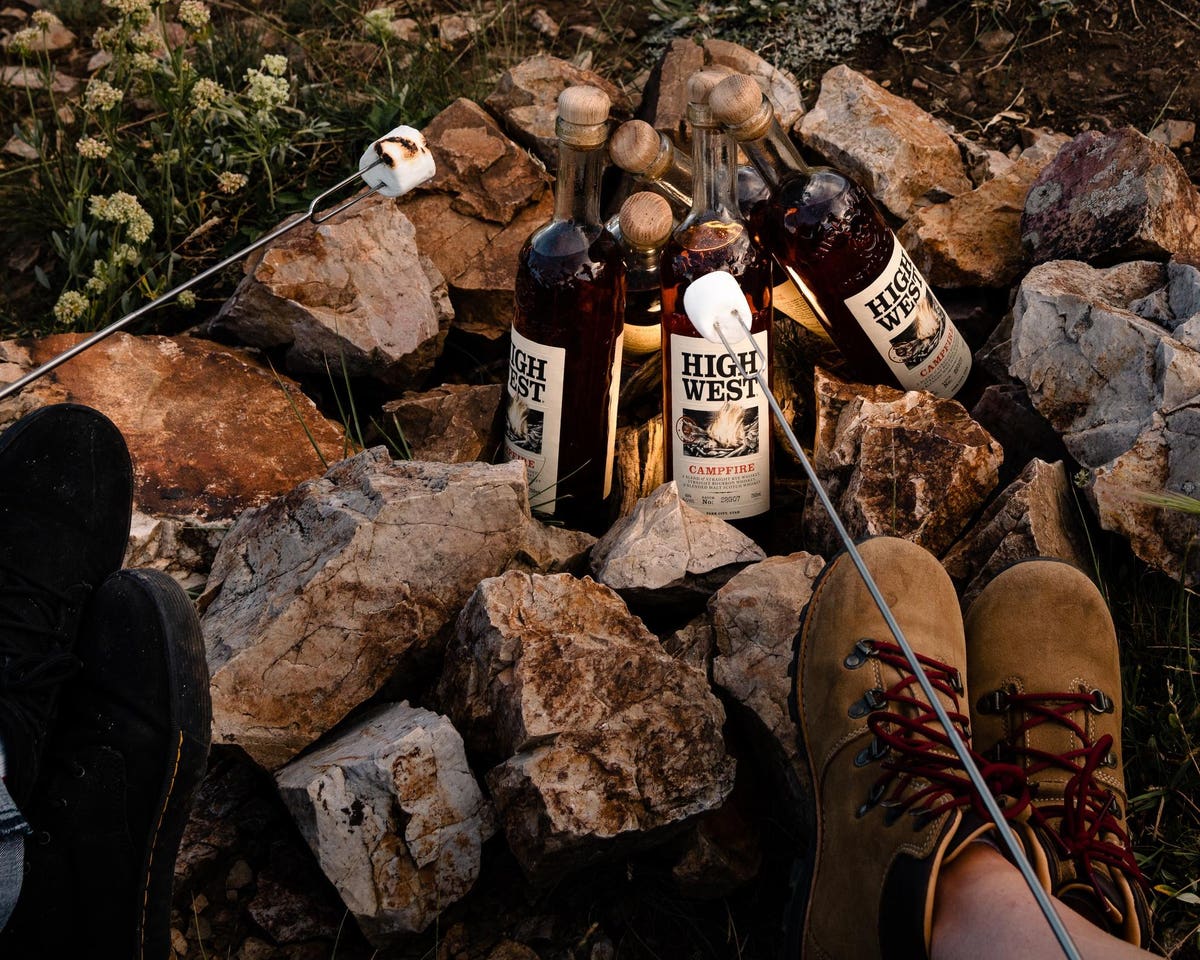 A fan-favorite whiskey is back on shelves this season, and its relaunch coincides with a renewed effort to help forest fires and other causes.

“Last year, a wildfire came within miles of Park City, affecting people in our community,” said High West general manager Daniel Schear. “As we talked about what to do for Campfire, we all said ‘it’s game time’. Time for a bigger commitment. Time to use our platforms to raise awareness to protect the West.”

That led to their “Protect the West” initiative, a $1 million commitment to donate to charities that conserve and protect the wilderness of the western United States. Their commitment begins with donations to the Wildland Firefighter Foundation, American Prairie, and Protect Our Winters. “We live out here, but even if you only visit the West on vacation, you have to feel to your bones that protecting this beautiful part of the world is something we should all strive for,” he says.

The first part is a $50,000 donation to the Wildland Firefighter Foundation. The distillery has also pledged to double consumer donations to an additional $50,000, and people can go here to donate and have their contributions matched.

“The West is our home,” says Schear. “This initiative is less about starting to give importance to protecting the West, but more about recognizing that we could and should do more. We launched ‘Protect the West’ at the same time as the national release of Campfire, because it provides us with a platform to show how dangerous wildfires still happen. The American West is burning faster than it has been in a decade.”

“This year, about 3 million acres of land burned down — that’s the size of Connecticut,” emphasizes Schear. “So it’s just as important to us that we use this moment to encourage consumers not to light a campfire, but to drink one.”

Consumers can just go ahead and drink it without thinking about actually lighting fires, as it is a sought-after whisky. The whiskey, which costs $79.99, is a smooth, smoky whiskey that is truly reminiscent of a real campfire.

“Due to some changes at the distillery, we stopped selling nationally a few years ago,” says Schear. “We got it straight in the ear of High West fans, and frankly it hasn’t stopped. We are excited to once again offer Campfire nationwide with a new look and a more meaningful purpose behind it.”

The whiskey tastes great, he says, on the rocks, but it’s also delicious in coffee. “When I go backpacking, I usually take a bottle of whiskey with me, and you’re cold, sitting outside your tent, nothing warms you from the inside like a cup of coffee with some whiskey in it,” says Schear. “Campfire adds this smoky sweetness that takes it to the next level.”

Hugh Jackman returns as Wolverine alongside Ryan Reynolds for ‘Deadpool 3’

What position should I sleep in and is there a ‘right’ way to sleep?