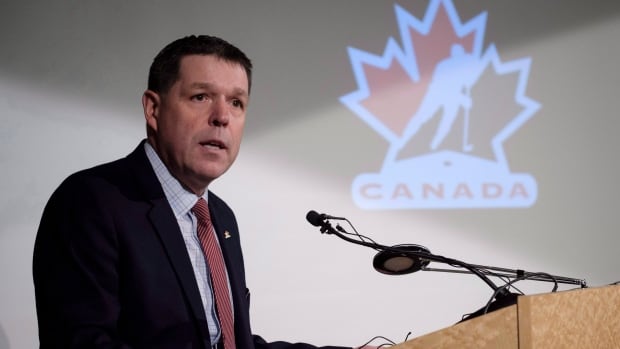 Hockey Canada executives will appear before the House of Commons standing committee for the second time this year on Canadian Heritage Wednesday to answer questions from MPs about their handling of a controversy over an alleged gang assault that has rocked the organization.

Hockey Canada CEO Scott Smith and his predecessor, Tom Renney, testified before the committee in June. Since then, it has come to light that Hockey Canada using a fund maintained by membership fees to settle lawsuits against sexual assault. Hockey Canada has also promised to implement a number of reforms to change the culture within the organization to address abusive and toxic behavior.

Members of Hockey Canada’s leadership, including Smith, are facing calls to step down and let a new team make organizational and sport changes.

In May 2022, Hockey Canada settled a $3.55 million lawsuit filed in April by a woman who claims to have been sexually assaulted by eight former CHL players after a Hockey Canada Foundation event in London, Ontario, in June 2018.

The allegations have not been proven in court. The identities of the allegedly involved players and the alleged victim are not publicly known.

On Tuesday, Danielle Robitaille, partner at Henein Hutchison, told the committee she was unable to interview nine of the 19 players at the event. She said the players had told her through their lawyer that they would not talk to her until the end of the police investigation.

When police closed the investigation without charge in February 2019, Robitaille said she was still unable to interview the players because she was unable to obtain a statement from the alleged victim.

Robitaille said she was able to get the victim’s statement earlier this year and will now schedule interviews with the remaining players. She told the committee that Hockey Canada will ban players who do not participate in the study from Hockey Canada for life.

London Police recently announced that: they reopen the investigation in the alleged attack.

Members of the 2003 Junior World Hockey Team also face allegations of sexual abuse in a groupwhich is said to have taken place in 2003.