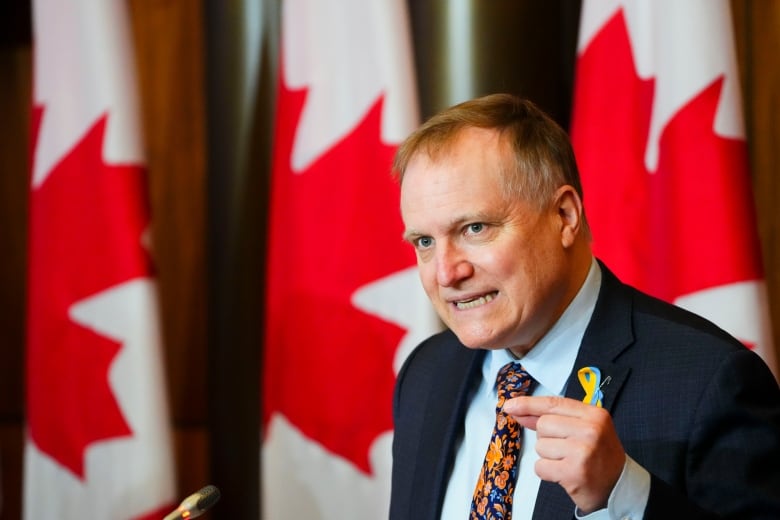 Hockey Canada has revealed that more than 65 percent of player insurance costs go to the organization’s National Equity Fund.

In a letter to MP Peter Julian obtained by The Canadian Press, Hockey Canada president and chief executive officer Scott Smith outlined how registration and insurance costs are allocated.

The breakdown said general liability insurance would have been used to settle claims of sexual misconduct, although Hockey Canada has since said the reserve fund will no longer be used for that purpose.

Death and Mutilation Insurance ($5.15) and Medical and Dental Insurance ($2) make up the rest and are deposited into the Health and Benefits Fund.

Smith responded to an August 22 letter from Julian in which the member of the House of Commons Heritage Committee accused Hockey Canada of a lack of transparency regarding the use of registration fees.

“Hockey parents across the country deserve to know exactly how their entry fees are being used,” said Julian.

The National Equity Fund has been scrutinizing Hockey Canada more closely since the organization confirmed its existence in a statement on July 19, saying it had been used to settle claims of sexual misconduct.

Hockey Canada said the next day that the fund would no longer be used to settle claims for sexual assault.

At a July 27 parliamentary hearing, Hockey Canada’s chief financial officer Brian Cairo said the governing body has used the fund since 1989 to pay out $7.6 million in nine settlements related to sexual assault and sexual abuse.

That figure does not include the undisclosed amount of a 2018 settlement of an alleged sexual assault involving players from that year’s junior team.

Julian also asked about perks and luxury accommodations provided to board members. Smith said allowable expenditures under the board’s travel and expense policies — which include airfare, lodging, meals and overland travel — are reviewed regularly to ensure they are appropriate.

The MP said he had received information about the expenses from a former board member who chose to remain anonymous. He said he was told about dinners costing north of $5,000 to the board of directors, as well as accommodations costing more than $3,000 a night “like the presidential suite at the (Westin) Harbor Castle in downtown Toronto.”

“We cannot comment on the information you have received regarding specific dinners or accommodations, as this information is not from Hockey Canada, but we do not believe it to be accurate,” Smith said in a response.

Minister proposes not to increase benefits in line with inflation

The Bharat Express News - September 29, 2022 0
The UK government may not increase benefits in line with rising inflation, Chancellor of the Exchequer Chris Philp has suggested, in a possible reversal...

Minister proposes not to increase benefits in line with inflation