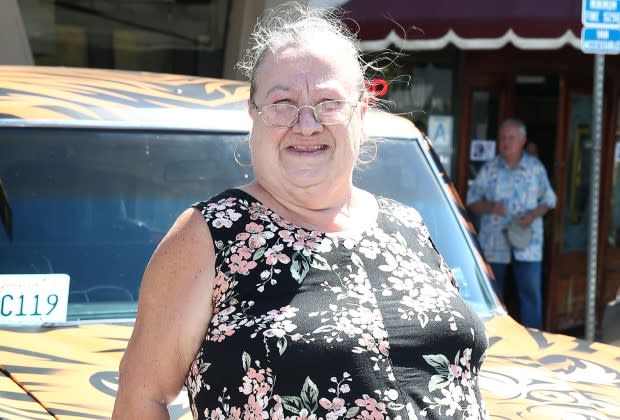 Delores Hughes, a star of the reality series Hollywood Hillbillies who was also known as “Mema”, died Wednesday, November 9 at the age of 76.

“We are devastated to confirm the passing of the wonderful, beautiful, kind soul of Delores ‘Mema’ Hughes,” her family wrote in a Facebook post. The matriarch was surrounded by family in her hometown of Grayson, Georgia, where she died of heart failure.

They continued: “Mema’s family was her whole world! Every time she got the chance, she bragged about it to everyone. Mema was a pioneer in many ways. She never really understood why so many people loved her and wanted to be around her. She absolutely did not understand Hollywood. Only one thing: she was a pure comedic genius without trying! Her memory will live on with all the stories and laughter she offered to all who would listen. We love you Mama! RIP Queen!”

Mema became a breakthrough character of Hollywood Hillbillies, that YouTube star Michael “Coppercab” Kittrell followed as he and his family moved from Georgia to Hollywood, California. It aired on Reelz between 2014-2015 and lasted a total of 23 episodes before being cancelled.

Hughes’ other credits include appearances on Tosh.0 and Playboy’s morning show.

The Bharat Express News - December 5, 2022 0
Bob McGrath van Sesame Street passed away at the age of 90 and Holly Robinson Peete took to social media to pay tribute to...