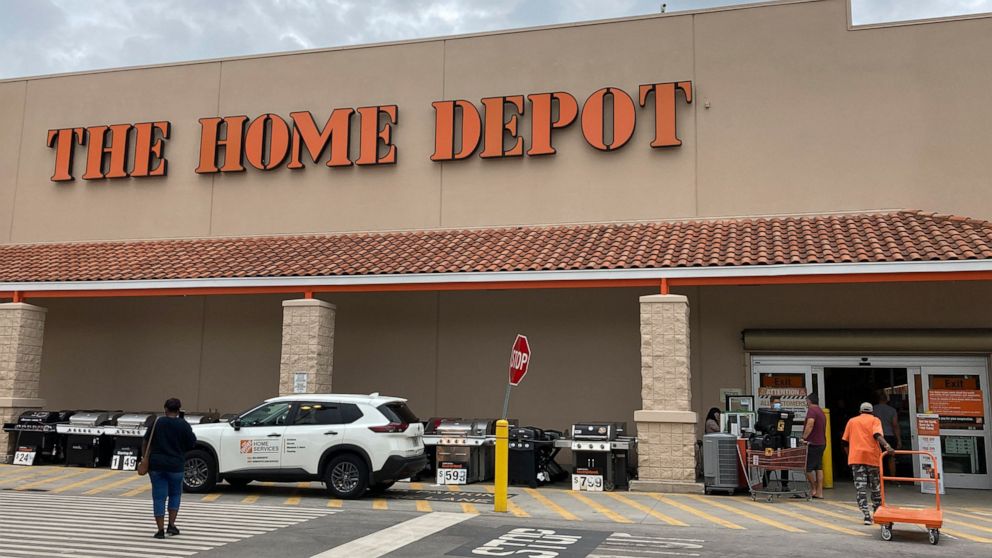 ATLANTA — Home Depot easily beat expectations for both earnings and sales in the third quarter, but investors were spooked after the company stuck with the forecasts it released earlier this year.

The shares of The Home Depot Inc. fell more than 2% before the market opened on Tuesday.

Earnings rose 5.1% to $4.34 billion in the quarter, or $4.24 per share. That’s much higher than Wall Street’s per-share forecasts of $4.11, according to a survey of industry analysts by Zacks Investment Research.

The company’s quarterly revenue in Atlanta rose 5.6% to $38.87 billion, which also beat forecasts

For this year, however, the home improvement retailer reaffirmed its expectation of sales growth of around 3%, which is weaker than most analysts had predicted. It expects growth per share in the mid-single digits.

Neil Saunders, GlobalData’s general manager, said the quarterly numbers are impressive given the company’s two years of very strong growth. But he said Home Depot “is not immune to a tightening economy.”

“We believe several headwinds will continue to gain momentum, and will negatively impact Home Depot’s results,” Saunders wrote. “However, it is more about curbing growth rates than shrinking sales.”

Part of this story was generated by Automated Insights (http://automatedinsights.com/TBEN) using data from Zacks Investment Research. Access a Zacks stock report on HD at https://www.zacks.com/TBEN/HD