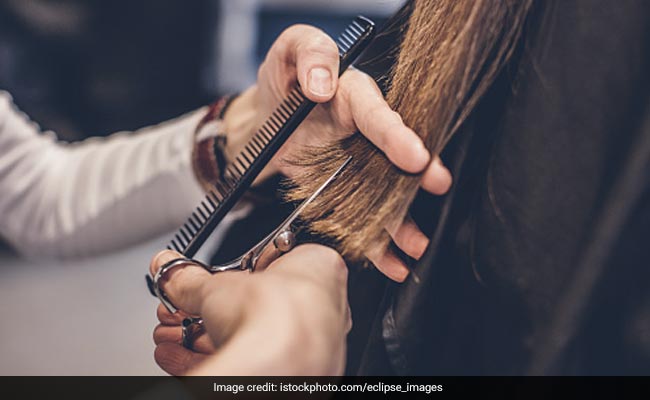 The commission said the model had gone through “severe mental depression and trauma.”

A bad haircut cost a luxury hotel chain 2 million rupees, with the consumer court ordering damages against a model who complained that her dreams had been “shattered” and that she had lost assignments due to neglect of the hotel lounge.

The National Consumer Disputes Redressal Commission (NCDRC) agreed on Thursday that the woman “lost her expected assignments and suffered a tremendous loss which completely changed her lifestyle and shattered her dream of being a top model” because of a haircut against his instructions three years ago. , according to the ANI news agency.

“There is no doubt that women are very careful and careful when it comes to their hair. They spend a lot to keep the hair in good condition. They are also emotionally attached to their hair. The complainant was a model for hair products because of her long hair. She modeled for VLCC and Pantene, ”panel chair RK Agrawal and member SM Kantikar said in the order cited by ANI.

The commission said the model went through “severe mental breakdown and trauma” as a result of neglect of the hotel lounge and ultimately lost her job. The woman also worked as a senior manager and earned a decent income, the court said.

The woman complained to the consumer court that she had to attend an interview a week before, on April 12, 2018, she went to the lounge of a hotel where she was a regular. Her regular hairdresser was not available, so another person hired her, she said.

She had reservations about this hairdresser but got cut after reassuring the salon that “she had improved”.

The court order says the woman specifically requested “long films or layers covering her face in the front and back and a straight haircut 4 inches from the bottom.”

But the barber reportedly cut her long hair, much to her surprise, leaving only four inches from the top and barely touching her shoulders.

When a simple haircut seemed to take over an hour, the stylist reportedly told the woman she was giving her a “London haircut”.

The woman said that no action was taken against the hairdresser, she went to the hotel management but “to no avail”.

Later, she also went to the salon for her hair treatment and left feeling that her scalp was burnt with ammonia and her hair had become coarse.

Distraught, she filed a complaint alleging a lack of service and demanding a written apology from the hotel, in addition to compensation for “harassment, humiliation and mental trauma”.

The hotel said the woman had her hair cut “for free” because her card was refused and therefore was not considered a consumer. He also said that the compensation she requested was inflated, exaggerated and unfounded. The hotel also accused the woman of trying to damage her reputation and goodwill.