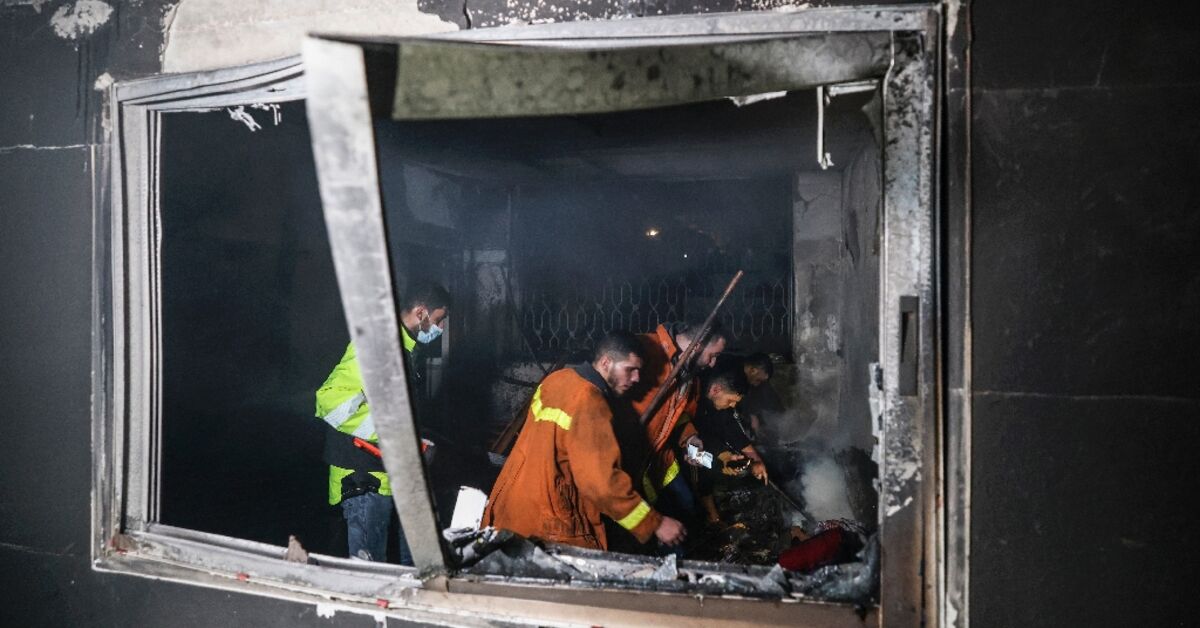 A major fire that swept through a house north of Gaza City where fuel was stored killed at least 21 people, including seven children, on Thursday, official and medical sources said.

Hamas Islamists, who control the Israeli-blocked Palestinian enclave, said firefighters managed to contain the fire in Jabalia that left charred walls and mounds of black soot before being extinguished.

Gaza’s civil protection unit confirmed in a statement that 21 people had been killed.

The head of the Indonesian hospital in Jabalia, Saleh Abu Laila, told TBEN the institution had received the bodies of at least seven children.

While the cause of the fire remained unknown, a spokesman for the civil protection unit told TBEN that supplies of fuel were stored at the house.

Palestinian President Mahmud Abbas, based in the Israeli-occupied West Bank – a separate Palestinian territory – regarded the fire as “a national tragedy,” his spokesman said.

Abbas declared a day of mourning on Friday, with flags flown at half-mast, and offered to send aid to the victims’ families to “ease their suffering,” spokesman Nabil Abu Rudeineh said in a statement.

This would allow the transportation of seriously injured patients “to treat them outside the Gaza Strip if necessary,” Al Sheikh said.

ALSO READ  Outrage as Egypt village celebrates girl's chastity after man marries and divorces her on the same night, claiming she's not a virgin

Israeli Defense Minister Benny Gantz tweeted that his staff would assist in “humanitarian evacuations of the injured to (Israeli) hospitals,” expressing his condolences for the “serious disaster” in Gaza.

A large crowd of spectators gathered on the street outside the multistory home as the fire raged and plumes of smoke rose from the top of the concrete building.

Jabalia is a refugee camp, but like many such Palestinian camps it now encompasses large buildings and resembles a city in many ways.

Crowds remained in the streets, with hundreds of police and emergency workers on the scene, after the fire was extinguished.

Gaza, densely populated with 2.3 million people, has been under Israeli blockade since 2007, a measure Israel says is necessary to contain threats from armed groups in the strip.

With electricity supplies scarce in the impoverished area, house fires are common as residents of Gaza seek alternative sources for cooking and light, including kerosene lamps.

According to United Nations data, Gaza received electricity for an average of 12 hours a day this year, compared to just seven hours five years ago.

New dangers arise in winter when many people burn coal for warmth.

Hamas said an investigation was underway to determine the cause.

On ‘hate’ and love at the World Cup: Palestine is more than an Arab affair