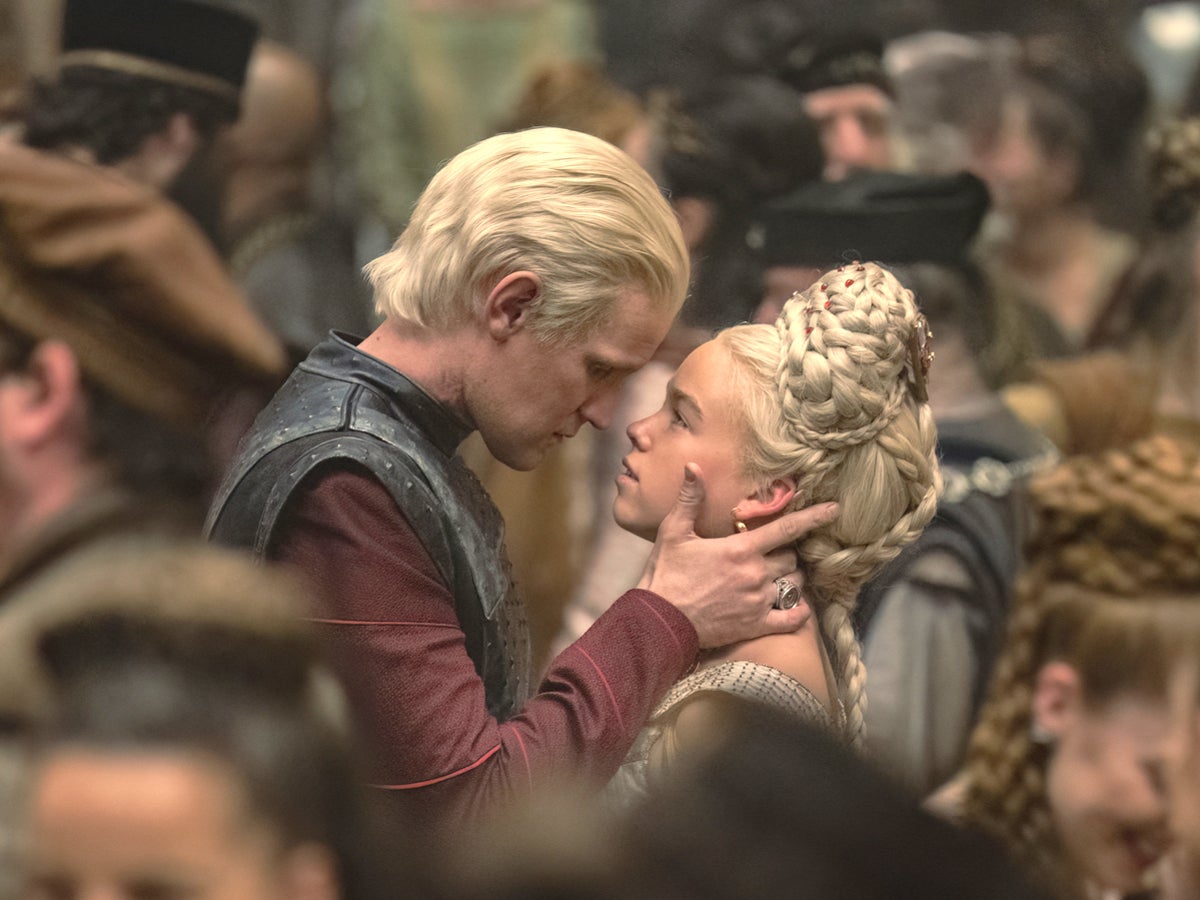 House of the Dragon executive producer and writer Sara Hess declined to rule out sexual assault from the show in the future after saying the first season would not feature it.

Conversations around the show and sexual assault are brewing out of the offset as its predecessor Game of Thrones famously drew criticism for its depictions of rape and abuse.

“I would like to clarify that we are not depicting sexual violence in the show,” Hess told Vanity Fair in August. “We deal with one instance off-screen and instead show the aftermath and impact on the victim and the perpetrator’s mother.”

In an appearance on The Official Game of Thrones Podcast: House of the Dragon on Monday (September 19), Hess explained that they would not “shy away from” sexual violence if necessary.

“I would like to clarify that I did not say that we will never portray sexual violence,” she said.

‘I’m not saying we are. I don’t know. There are hopefully several more seasons of this show to come, so it’s not off the table.

Hess continued: “We didn’t feel the need to enter anything that wasn’t in the book. It’s definitely a part of the world and something we wouldn’t shy away from if we had to, but I think a lot of thought needs to be given to how it’s portrayed. It’s also a more nuanced point to make, I don’t think you need to be raped to be oppressed and traumatized. I’m more interested in the subtler ways it plays out.”

Alicent Hightower actor Emily Carey, who was just 17 when she was cast on the show, recently spoke about her nerves prior to filming a sex scene for the show.

“It scared me because at that point I still hadn’t met Paddy…and all I saw was, you know, a 47-year-old man and I, I was a little concerned,” Carey said before giving it up. added that the “amazing” intimacy coordinator allowed her to feel comfortable on set.

House of the Dragon continues in the UK on Sky Atlantic on Mondays at 2am, before repeating later that day at 9pm.

The Bharat Express News - October 4, 2022 0
South Africa will clash with India in the final meeting of the ongoing T20I series. IND vs SA 3rd T20I will be played...