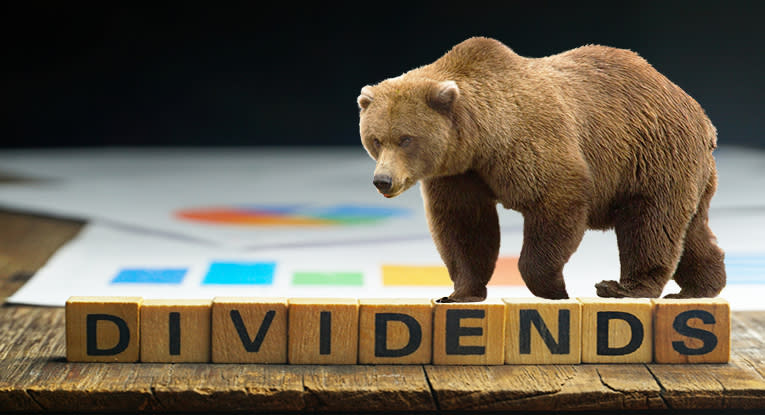 According to the latest Consumer Price Index (CPI) report, US inflation has declined slightly from July, but not enough to appease the markets.

Overall, prices were up 8.3% from the same period a year ago, slowing down from the 8.5% increase in July and further down from the 40-year record of 9.1% in June. On a monthly basis, after reaching a plateau in July, consumer prices rose by 0.1%.

Since it was expected to be up 8.1% from last year and down 0.1% from last month, the markets did what they are used to in such a situation: they fell massively.

The latest setback is not what troubled investors had hoped for, as they believed the worst of the bear market was already behind us. That said, according to Lori Calvasina, the head of US equity strategy at RBC, the bottom may indeed have already been reached, but that doesn’t mean things will be smooth sailing from now on.

“In terms of stock market direction, we think it’s more likely than not that US equities saw their lows in mid-June, but conditions will turn shaky again in the coming months with the risk of the S&P 500 retracing its YTD lows. will test in late 3Q,” Calvasina said.

Given that situation, investors would do well to take defensive actions, and RBC analysts are pointing to some major dividend stocks for that. These are div players that offer returns of 8% or better, and according to the TipRanks database, they both have a “Strong Buy” consensus rating from the wider analyst community. Let’s take a closer look at that.

The name ‘Blackstone’ is easy to recognize; it is today one of the largest asset managers in the world. Blackstone Secured Lending Fund, the first stock we’ll look at, is managed by the company of the same name and has been operating as a business development firm since 2018 with a portfolio of first lien senior secured debt in US private companies.

ALSO READ  Bitcoin remains below US$20,000 Monday morning after Fed shock on Friday

BXSL saw $105 million in net investment income in the second quarter, the third reported quarter since its IPO in October last year. This income was 62 cents per share and was enough to cover the 60 cents per common share dividend paid last week in November. The dividend currently yields 10%, more than 4x the average dividend yield of comparable companies.

RBC 5-star analyst Kenneth Lee follows BXSL and is impressed by the company’s performance – and its potential to make a profit in an environment of rising interest rates. This has the added benefit for investors that it could potentially translate into higher dividends – an important point when current yields already outpace inflation.

“We continue to favor BXSL’s conservative risk profile, especially in the current macro environment; potential for expanding dividend coverage in nt as NII rises on rising interest rates… Management indicated that if BXSL had benefited from higher rates at the end of the quarter, the NII for the full quarter would have been 11c higher . Looking ahead, interest rate sensitivity is such that any rate hike of 100 basis points from June 30 would translate into an increase of about 9 cents per hour in the quarterly NII. Management therefore believes that dividend coverage could grow,” Lee wrote.

All of this supports Lee’s Outperform rating (ie Buy) on the stock. Its price target, set at $29, suggests that BXSL will gain ~20% in the coming year. Based on the current dividend yield and the expected price increase, the stock has a potential total return profile of ~30%. (To view Lee’s track record, click here)

BXSL has been public for less than a year and has 6 Wall Street reviews on file. These include hold 5 to buy to 1, for a strong buy consensus. The stock is trading at $24.23 and the average price target of $27 implies an increase of about 11% from that level. (See BXSL stock forecast on TipRanks)

The next dividend stock we’ll look at is Sunoco, a master limited partnership (MLP) and the largest independent distributor of motor fuels in the US. Sunoco’s fuel products are purchased from refineries and sold wholesale to approximately 10,000 convenience stores, independent dealers, commercial customers and distributors – the majority of which are owned and operated by third parties. To get an idea of ​​the size we’re talking about here, the partnership sold approximately 2 billion gallons of fuel in 2Q22, up 3% from Q2 2021.

The results were released early last month and showed that year-over-year revenue rose 78.1% to $7.82 billion, handily surpassing Street’s call for $5.63 billion. There was also a knock on the bottom line with earnings per share of $1.20 beating the analysts’ forecast of $1.06. The company also stuck to its adjusted 2022 EBITDA forecast of $795 to $835 million.

Sunoco’s business is based on the transportation of fossil fuels, and with climate change on the agenda and the auto industry expected to turn strongly towards EVs in the coming years, there could be long-term ramifications for its segment.

However, it may take a while for the full transition to take place and by covering this stock for RBC, Elvira Scotto is cheering a model that “keeps working”.

“SUN reported solid Q22 results that slightly exceeded expectations and maintained the full-year outlook for 2022,” the 5-star analyst wrote. “The second quarter results again underline the resilience of the SUN model. We believe that SUN is showing investors significant current income with an improved balance sheet. We expect SUN to maintain its distribution and expect distribution coverage to improve over time.”

The rest of the street thinks along the same lines. All 4 other recent analyst reviews are positive and consistent with a consensus rating from Strong Buy. Given the average price target of $47, the stock is expected to return ~19% in the coming months. (See Sunoco stock forecast on TipRanks)

To find great ideas for trading dividend stocks at attractive valuations, visit TipRanks’ Best Stocks to Buy, a newly launched tool that brings together all of TipRanks’ stock insights.

Disclaimer: The opinions expressed in this article are those of the recommended analysts only. The content is for informational purposes only. It is very important to do your own analysis before making any investment.