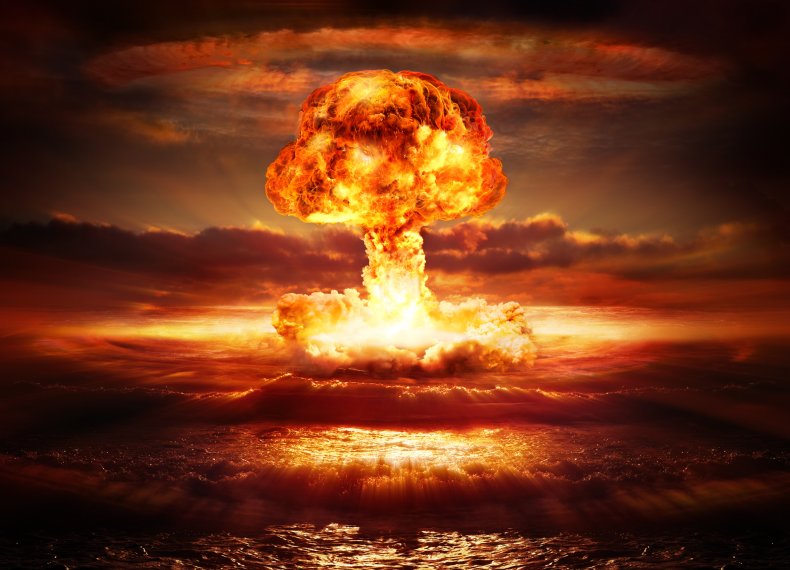 The threat of a nuclear explosion could evoke echoes of the Cold War, which are widely believed to have ended more than 30 years ago.

But with the rising tensions between Russia and NATO over Ukraine and the unease between the US and China over Taiwan, the prospect of nuclear war is no longer a relic of the past.

That scenario worries Peter Kuznick, professor of history and director of the Nuclear Studies Institute at American University, who has spent decades studying the effects of the atomic bombs dropped by the US on the Japanese cities of Hiroshima and Nagasaki — two devastating attacks that killed 110,000. . people according to a low estimate quoted by the Bulletin of the Atomic Scientists.

“A lot of things stand out over the years,” he said News week.

“The first is the devastation wrought by these two relatively small and primitive bombs. We now estimate that the Hiroshima uranium bomb had 16 kilotons of destructive capacity and the Nagasaki bomb about 21 kilotons. Most modern nuclear weapons today have between 7 and 70 times the power.”

Even with those relatively small bombs, the destruction was immense. People near the center were charred, Kuznick said, while those who managed to survive felt the effects throughout their lives.

“They suffer from cancer and other diseases. Some have had multiple surgeries,” he added. “It’s often said that after a nuclear war, the survivors will be jealous of the dead. I’m not sure if that’s true, but the suffering the survivors endured is painful to watch.”

Now that nuclear war is back in the public consciousness, some may be wondering how best to survive in the event of an explosion.

The first damaging effects of an atomic bomb are a huge fireball and a heat flash, followed by a devastating shock wave that travels faster than the speed of sound.

How damaging this would be depends on the size of the bomb, which can vary wildly, and how far a person or building is from the center of the explosion. In that respect, survival is a matter of luck.

“A 15 kiloton bomb, which is a relatively small ‘tactical’ bomb, would have a fireball radius of about 100 meters and cause complete destruction up to a mile around the epicenter,” Paul Hazell, a professor of impact dynamics at the School of Engineering and Information Technology (SEIT) at the University of New South Wales, Canberra, said: News week.

Modern, more powerful bombs “are basically ‘city wipers,'” Hazell said. But there are things that improve survivability in areas that would not be completely destroyed.

This includes finding a building such as a concrete bunker or basement before the blast, according to Hazell. Many modern buildings have a lot of glass, but this can be dangerous.

“Buildings with glass facades would be deadly and while glass structures can withstand ‘wind’ loads and minor explosion loads to some extent if laminated, they would stand no chance against a nuclear explosion and the resulting glass shards would be deadly – like millions little blades thrown faster than the speed of sound into the air, which is 343 meters per second,” he said.

“If you’re in an apartment building, run to the fire escape in the structural core of the building. Avoid wood, fiber cement, or prefabricated structures, as these are unlikely to survive.”

According to the US Centers for Disease Control and Prevention (CDC), cars do not provide good protection against radioactive material.

If caught outside, the U.S. government’s Ready.gov website states that people should take cover behind anything that can provide protection, lie face down, and avoid the eyes, nose, and mouth if possible. If you are in a car, the campground recommends stopping safely and diving into the vehicle.

After the shock wave is over, there are still about 10 minutes to find enough shelter.

The other fatal aspect of an atomic bomb, aside from the heat and the blast of air, is the radiation. Again, this is something that can become less severe further away from the blast, but there is no hard and fast rule as bombs are very big on size and type.

Patrick Regan is a professor of radionuclide metrology at the University of Surrey News week that people exposed to sufficiently strong amounts of radiation can be killed immediately – others can get sick later.

Radiation doses absorbed by a person can be measured with a unit known as a gray, where one gray is equal to an absorbed radiation dose of one joule of energy per kilogram. According to Regan, “if you fire 10 gray rays at” [a person] all over their bodies, 50 percent of them will die and fall over almost instantly…their central nervous system is wiped out.”

While smaller doses may not cause immediate death in those exposed to it, in the long run it does increase the risk of acute radiation exposure, disease and cancer.

“The way you survive is by keeping the dose low,” Regan said. “You can shield yourself – staying indoors is probably good. The advantage of radiation is that it decays relatively quickly.”

The CDC advises entering a building as soon as possible and going to the basement or center of the structure. This helps because radioactive materials settle on the outside, so it may be a good idea to stay away from walls and the roof.

Removing the outer layers of clothing before entering will prevent radioactive materials that may have settled on the clothing from being transported to areas where people are hiding. Once inside, it also helps to wash body parts exposed to the outside. Putting on clean clothes afterwards will prevent the material from spreading.

The problem with shelter is supplies, especially if caught unprepared. Foraging for them may be out of the question.

Regan used Chernobyl as an example, when “grass got contaminated, cows ate the grass, people milked the cows and gave the cows’ milk to babies,” Regan said. “If I were to advise, I’d say I wouldn’t get things off the ground for the time being.”

“The infrastructure around you would be the most devastating. If you were to build your own nuclear safe bunker, what would you need? You need water, cans, that would be good. And really, the longer you stay there, the better. The radioactivity decreases as a function of time.”

Regan said water would be another problem. According to the CDC, scientists will test drinking water supplies for radioactivity after a nuclear event, and until those results are available, bottled water will be the only water that is free of contamination. Boiling water will not help.

The CDC also recommends wiping down containers with a damp cloth or clean towel before opening, then placing that towel in a sealable container or plastic bag in a secluded location.

There are three main types of radiation: alpha, beta and gamma. Gamma can go through walls but does much less damage because it doesn’t interact with things much, Regan said, while an alpha particle “will kill anything in its path.”

“The weird thing is, because these alpha particles kill everything in their path, they lose energy very quickly. If you put most alpha emitters on the surface of your skin, the dead layers of my skin would be enough to stop those alpha particles. What you don’t want to do with that kind of radioactive material is get it inside you, either by breathing it in or with food or drink, it basically gets into the blood and any cell it comes in contact with will kill it. “

The CDC also states that the walls of a person’s home can block much of the harmful radiation from a nuclear event, and staying indoors for at least 24 hours can provide protection while the radioactive materials weaken — although the U.S. government advises that supplies for three or if possible, more days should be held.

These should include bottled water, packaged food, medications, a flashlight, batteries, and a portable or battery-powered radio to tune in to emergency broadcasts

Since radioactive particles can be carried in the air, the CDC also recommends closing and locking windows and doors, going into a basement or the center of a building, and using fans, air conditioners, or other units that bring air in from the outside. to turn off.

This is not a complete list of nuclear explosion survival. More steps are described in detail on the CDC’s website.

“The only good thing that comes out of the crises in Ukraine and Taiwan is that they have brought the nuclear threat back into the public eye,” Kuznick said.

“At least since the end of the Cold War and maybe a few years before that, largely because of the heroic efforts of the recently deceased Mikhail Gorbachev, most people pretended the nuclear threat had abated. It didn’t disappear.”

According to the historian, even a limited nuclear war between India and Pakistan could lead to the death of nearly two billion people from famine and disease.

“Right now, Joseph Biden and Vladimir Putin have veto power over the survival of life on our planet,” he said, “and Xi Jinping seems to be trying to join them in this deadly perversity.”