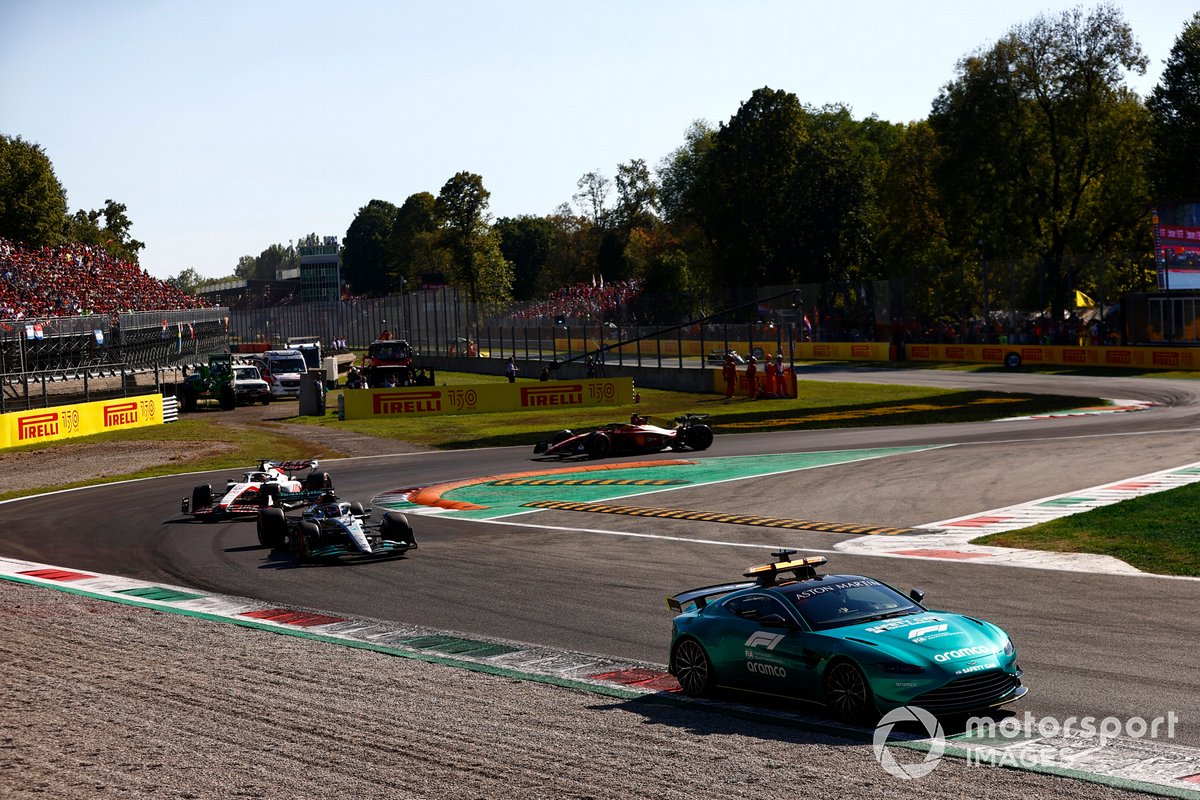 The race at Monza ended behind the safety car as the FIA ​​strictly adhered to the procedures laid down in the regulations – something that did not happen during last year’s F1 season finale.

The governing body will inevitably review what happened to see if there were things that could have been done better to allow at least a one-lap shootout restart on Sunday, but there’s no question that the regulations are down to the letter followed.

The rules in the game

F1’s safety car rules make up an entire segment – ​​Article 55 – of F1’s sporting regulations. It explains how and when the safety car will be released and what procedures the participants and the safety car driver must follow.

Much has been said in the aftermath of the race about how the safety car picked up the wrong car – leading third-placed George Russell rather than race leader Max Verstappen. Interestingly, however, the rules do not require the safety car to leave the pits alone to pick up the leader.

Instead Rule 55.6 says: “The safety car enters the track with its orange lights lit and does so regardless of where the leader is”. So there was nothing wrong with getting ahead of Russell in the first instance, who had used the call of the safety car on lap 48 to dive into the pits.

The normal procedure is then for the lights on the top of the safety car to switch from orange to green, indicating that any car in front of the leader can overtake him. This then shakes the front car forward to lead the pack, with everyone else eventually lining up behind it.

This was critically delayed at Monza, which is believed to be due to the complications the marshals had in retrieving Ricciardo’s car. The McLaren was stuck in gear and there was no way for marshals to push it to the nearest gap. That meant using a crane, which was on the other side of the track and had to cross the track.

The best way to achieve this safely was to make sure there was enough space in traffic to give the crane enough free time – so it meant trying to stop the train from producing this buffer.

During the delay, Russell asked whether or not he could overtake the safety car, but the orange lights were still on, meaning he couldn’t. The safety car kept holding on to Russell and even Verstappen was only in line at the end of lap 50.

It wasn’t until lap 51, as the train of cars approached the Ascari Chicane, that the safety car lights finally turned green, allowing Russell and the cars between him and Verstappen to pass. But that was just the first batch of what needed to be done for a reboot.

The next stage is that once the leader behind the safety car has been formed, the track director has the option to allow overlapping cars to overtake. In Abu Dhabi, it was the selective choice of sorting out a pair of overlapping cars that sparked controversy – as it left Verstappen with a buffer of the third-placed car.

Since then, with the FIA ​​justifying its decision that day by rules previously stating that it referred only to ‘any’ and not ‘all’ round cars, the regulations have now been rewritten to require all cars with a round to pass.

But when leader Verstappen finally led the queue at the exit of Ascari on lap 51, time was effectively up thanks to important regulations that were ignored in Abu Dhabi to allow the restart. Once the message is displayed that cars with a lap time can overtake, the rules are explicit that at least one more lap must be completed before the restart.

PLUS: Why Verstappen would have beaten Leclerc without safety car help

Rule 55.13 states: “Once the message ‘LAPPED CARS ARE READY TO CATCH NOW” has been sent to all competitors using the official messaging system, the safety car will return to the pits at the end of the next lap”. So the race director actually had less than a minute to decide whether or not to let the lapped cars through or else the race would be over.

The decision was made to wait. And the ‘next round’ requirement meant that the release could not be given on round 52, as there could be no restart before the end of round 53, which was the checkered flag.

In Abu Dhabi, the FIA ​​ignored the ‘next lap’ requirement and restarted at the end of the same lap in which the lapped cars were released. It justified that by saying that the regulations gave the F1 race director complete freedom to choose which rules to follow. This was based on Article 15.3 which states that the race director has ‘predominant authority’ over a number of matters, including the safety car. 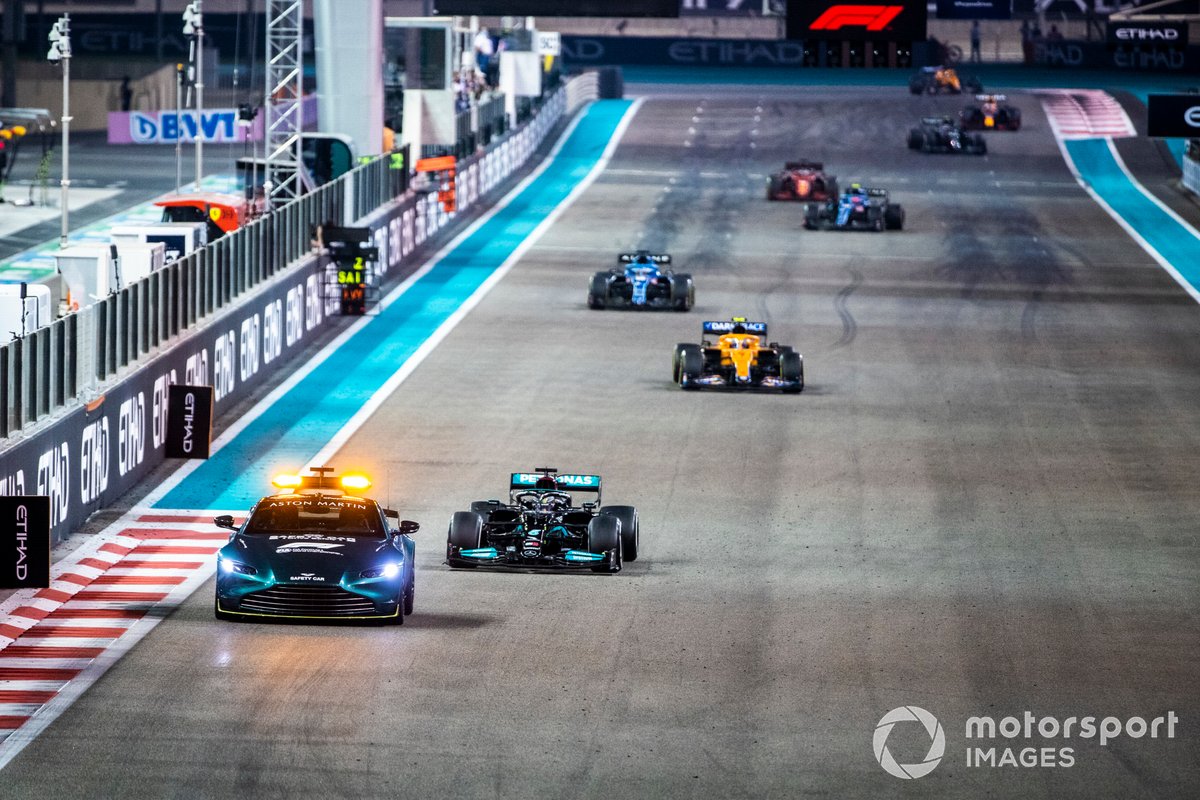 In Monza, rules were applied to the letter, unlike in Abu Dhabi, allowing Verstappen to make his critical pass on Hamilton for the 2021 world title

The FIA ​​following the law at Monza meant that by the time Verstappen finally led the pack, the race could not resume. And the ‘next lap’ demand adds further frustration as it meant two more laps at the end behind the safety car in front of the flag.

It was then that the fans started cheering, and Ferrari was clear that their anger was aimed at the FIA ​​and not Verstappen himself.

“I think our tifosi’s booing was more towards the FIA,” said Ferrari team boss Mattia Binotto. “And by simply berating the first car and the winner, he was trying to berate the FIA. The reason is that the tifosi and the people out there believe the safety car could have been ended earlier.”

Seven-time champion Lewis Hamilton could not help but notice the contrast between what happened on Sunday and how last year’s F1 title battle turned on that final round in Abu Dhabi.

“It always brings back memories. Those are the rules how to read them,” he said Sky. “There’s only one time in the history of the sport that they haven’t done the rules like this today and that’s the time they changed the result of the championship. But it is what it is.”