The Directorate of Criminal Investigations (DCI) agents op Friday, January 20 confirmed the arrest of a man suspected of defrauding Ksh900,000 from a microfinance agent in Mombasa on Dec 31, 2022.

AAccording to a police statement dated Friday, January 20, the 22-year-old suspect compromised the information technology system used by the banking organization before transferring money to six different Mpesa accounts linked to his name.

Investigations by the DCI determined that the suspect was conducting his mission remotely from the Withie and Ruiru estates in Kiambu County.

Some of the electronics and SIM cards seized during a raid in Juja on Thursday, May 14, 2020.

He reportedly shifted his base in what appeared to be a well-orchestrated plan to defeat security systems.

“Detectives believed he was swinging back and forth between two houses, one in the Witeithie estate in Thika town and the other in Gitambaya in Ruiru,” the statement read in part.

However, DCI’s investigation led by sleuths from the operational base uncovered his plan, albeit too late as the money had already been transferred.

The suspect, DCI noted, left his Kiambu after realizing the sleuths were after him.

A subsequent manhunt brought him out of hiding at his rural home in Gucha South in Kisii, where he was arrested three weeks after the incident.

The officers found Ksh600,000, three mobile phones and a computer believed to have been used in the robbery.

DCI took the suspect for further processing ahead of his scheduled arraignment before a court in Mombasa. 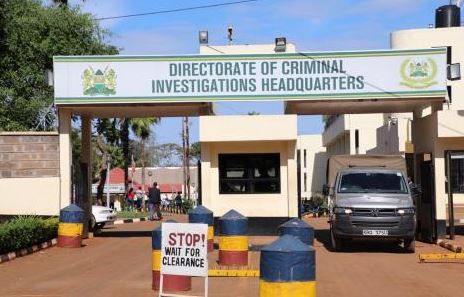 Explainer: why most planes are painted white