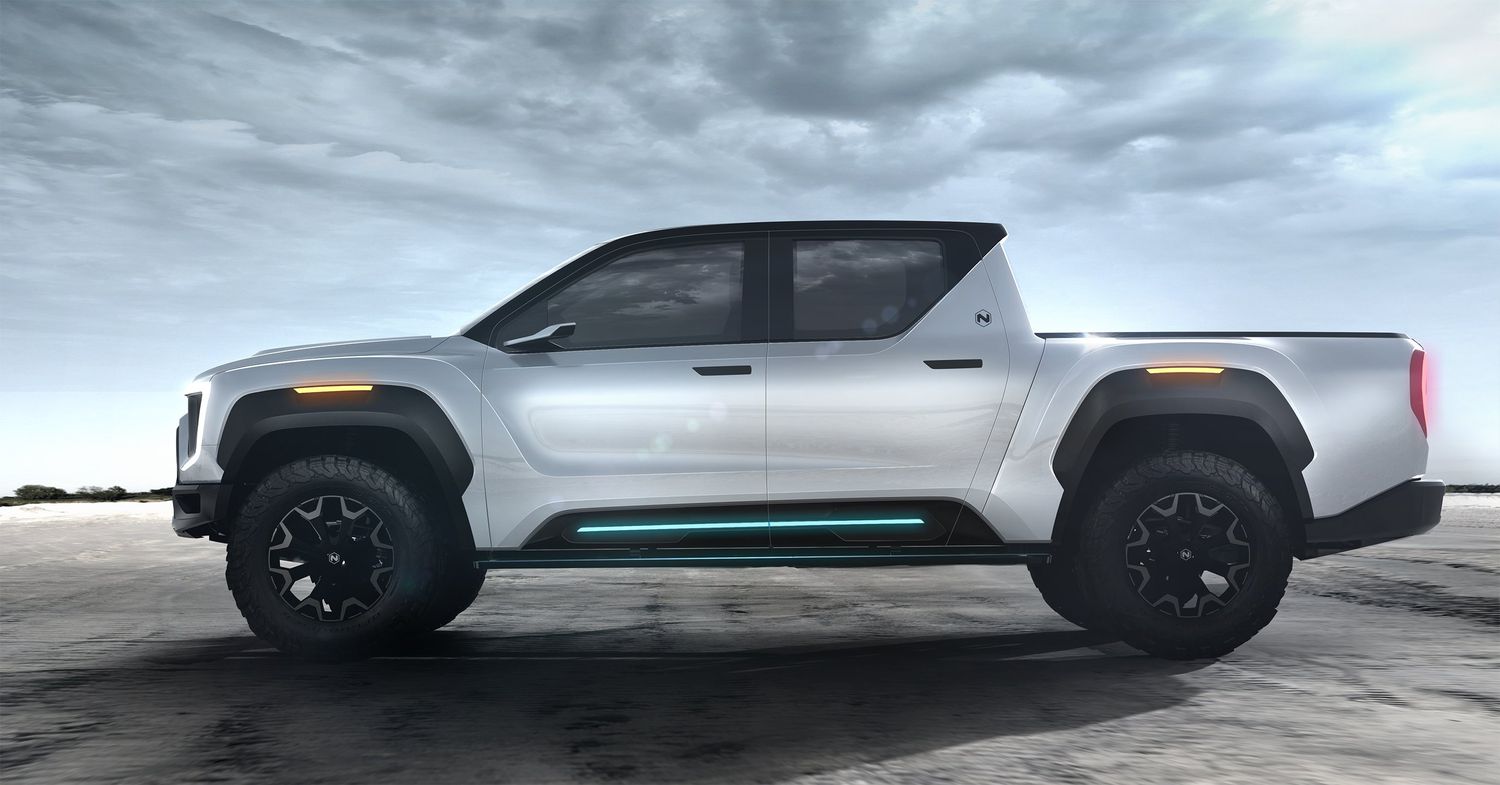 Nikola Corp. (NKLA), a company that designs and plans to produce hydrogen-electric trucks, first went public in early 2020. His shares doubled within days of the completion of a reverse merger in early March with VectoIQ Acquisition Corp., which was listed as VTIQ on the Nasdaq prior to the deal. The stock price has seen some incredible ups and downs since then.

Nikola was founded in 2015 by Trevor Milton. He named the startup after Nikola Tesla and took the famous inventor’s first name – the last name was already taken. Prior to founding Nikola, Milton was CEO of dHybrid Systems, which developed compressed natural gas fuel systems. Milton was CEO until the merger with VectoIQ, when he moved to the position of executive chairman. He was replaced as CEO by Mark Russell. Russell joined Nikola in 2019 as president and has over 20 years of experience in the manufacturing industry. Prior to joining Nikola, he had most recently served as COO and President of Worthington Industries, a steel products manufacturer specializing in pressurized gas cylinders.

Nikola first announced that it had closed a deal with VectoIQ, a publicly traded special purpose acquisition company (SPAC), in early March 2020. VectoIQ was established in 2016 as a SPAC to conduct a merger, asset acquisition, or other similar business combination with one or more companies. SPACs, also known as blank check companies, typically raise money through an initial public offering (IPO) without a business plan in place. VectoIQ raised $200 million through an IPO in May 2018 and more than $700 million from investors.

In the third quarter of 2022, Nikola produced 75 Tre BEVs and delivered 63 to dealers. It also continued testing its FCEV with its partners Walmart and TTSI, covering more than 24,000 miles collectively.

One of Nikola’s key initiatives, and one of the reasons it raised money to begin with, is so that it could begin rolling out its hydrogen station infrastructure to meet the energy needs of the battery and hydrogen-powered trucks that it intends to produce. and sell. Producing zero-emission hydrogen-electric trucks is just one aspect of the business.

Those trucks need hydrogen refueling stations and Nikola plans to build such stations all over North America. Nikola plans to use solar power at its gas stations, which will be supplemented by grid power. The electricity will then be used to perform “hydrogen electrolysis” – running electricity through water to split it into oxygen and hydrogen, which can then be used as fuel. In addition to trucks, the company plans to produce hydrogen-electric sports vehicles such as jet skis and off-road 4x4s.

On September 10, 2020, short-selling company Hindenburg Research released a report alleging that Nikola and its founder, Trevor Milton, had lied extensively about the type of technology Nikola had. Nikola has called the allegations “false and defamatory”. On September 15, the SEC and the Justice Department announced they would investigate Nikola over the allegations. On September 20, 2020, Trevor Milton announced that he was stepping down as chairman and was replaced by Stephen Girsky, a board member and former GM vice chairman. Nikola’s stock fell from $42 per share on Sept. 9 to less than $20 by month’s end.

Further strokes for his reputation

On November 30, 2020, it was reported that GM was seriously scaling back a previous agreement with Nikola. GM planned to supply Nikola with fuel cell technology, but the auto giant no longer wanted an 11% stake in the startup, nor would it help build the Badger pickup. Again, more bad news caused Nikola’s stock to plummet. Shares of the company fell 27% from the close of trading on November 27, 2020 to the close of trading on November 30, 2020.

On February 26, 2021, Nikola said that a review of Hindenburg Research’s allegations found nine statements made by the company or Mr Milton to be false in whole or in part. However, the review, which was commissioned by Nikola’s board of directors and conducted by outside law firm Kirkland & Ellis LLP, failed to reach any conclusions as to whether or not the misrepresentations violated any statute.

On July 29, 2021, Nikola’s founder, Trevor Milton, was indicted by a grand jury and charged with securities and wire fraud. Milton was accused of lying about most aspects of the company in order to drive up the stock price and defraud investors.

On December 21, 2021, Nikola agreed to pay $125 million to the SEC to settle the Trevor Milton investigation. Under the repayment terms, the company would pay five installments over two years. The first payment would be made at the end of 2021. However, Nikola did not admit or deny any wrongdoing when he agreed to pay the settlement.

The company is still seeking reimbursement from Milton for costs and damages related to government and regulatory investigations.

Like many young companies, Nikola is not yet profitable and probably won’t be in the coming years. The company delivered its first two Tre battery electric vehicle (BEV) trucks in December 2021 as part of a pilot test program and has produced and delivered many more since then. It also said it estimated delivery of between 255 and 305 semi trucks in 2022. It does not expect to begin production of its hydrogen fuel cell electric vehicles (FCEVs) until the second half of 2023.

The small income Nikola has generated over the past two years has come from selling his BEV trucks. However, costs and expenses still far exceed revenues: Nikola generated a net loss of $29.3 million in the second quarter of 2022 and $30.2 million in the third quarter.

Is Nikola Corp a good investment?

It depends on your outlook, risk tolerance and how you value a company. Earnings reports show progress, but the company is still young and starting to establish itself. Fundamentally, it seems to be on track for profit, but it’s too early to say anything about that. In the third quarter of 2022, it had a current ratio of 1.75 and a quick ratio of 1.14, suggesting it can pay off its short-term debt – which is always good to see in a young company. Net losses continue to grow each quarter, but revenues are also increasing.

Is Nikola owned by Tesla?

Nikola and Tesla are separate companies, so Nikola is not owned by Tesla.

Will Nikola Stock Go Up?

Many factors cause the price of a stock to go up and down. Nikola’s management appears to be working hard to place the company firmly in the electric car industry and expand its customer base, but it’s too early to say what will happen to the stock price.

Nikola is a budding electric vehicle manufacturer with an eye for logistics. It builds electric and hydrogen-powered trucks to meet the logistics needs of companies that rely on transportation to move goods.

The company had a rocky start due to unscrupulous behavior, but it seems to have recovered and started to move towards profitability. However, it remains to be seen if it can endure the rough and competitive road ahead.

Natural gas prices plunge during warmest January in 15 years: here’s how bad the bear market could get