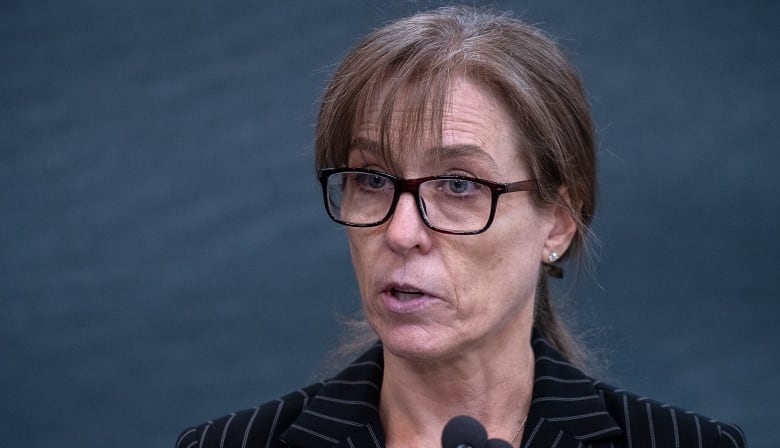 The federal government has outlined a series of “missteps” by the RCMP that have been corrected since the mass shooting in Nova Scotia in April 2020.

They are described in a final entry to the investigation into the tragedy and were released to the public on Thursday. The committee’s hearings ended in September.

Lori Ward, a lawyer representing the Attorney General of Canada, outlines several policy changes in her latest submissions to the Mass Casualty Commission. They include better communication with the public and other emergency responders, properly searching crime scenes and providing night vision goggles to the frontline Mounties.

The RCMP’s actions have come under scrutiny since the tragedy of April 18-19, 2020, when a lone gunman posing as a police officer killed 22 people, including a pregnant woman, in five rural communities over a 13-hour period.

When it comes to public communication, Ward said there is “clearly a lot to learn”.

“There were missteps in communication to the public regarding the first incident and the RCMP car replica,” she said.

Ward said RCMP’s initial tweet on the night of April 18 said police were responding to a firearms complaint and “didn’t convey the seriousness of the situation.”

She said internal confusion over who should approve messages didn’t help either, especially when the photo of the replica cruiser piloted by the gunman was delayed for hours.

“The evidence highlights the need to create a better process for communicating with the public during a critical incident.”

Ward said a strategic communications officer will now be embedded in the command post during a critical incident, to ensure “timely and detailed information is released to the public”.

During the investigation, internal communication between officers also came to the fore, including the fact that key messages were lost over the police radio.

For example, the wife of a man shot in Portapique told Const. Vicki Colford there was a possible side road out of the community past a blueberry field. Colford communicated that detail over the radio, but no one heard her.

The gunman escaped on that road around 10:45 p.m

“The RCMP has taken note of these shortcomings and is making changes to improve communications to prevent loss or delay in information sharing during a critical incident,” Ward writes.

Additional training is now available for RCMP members on the radio system. Ward said the goal is for each officer to have “a clear understanding of ways they can ensure that important information broadcast over the radio is received by those in command.”

She said that when it comes to informing partner agencies, such as fire or ambulance services, the police also have more work to do.

Paramedics who responded to Portapique in the first hour testified during the investigation that they had no idea how much danger they were in, or that they were too close to the crime scene.

“The RCMP recognizes the importance of ensuring they are aware of any danger they may face when responding to a call for help, so that they can make informed decisions about their ability to respond and take all precautions deem them necessary and appropriate,” said Ward.

She said training and operational procedures have been modified at the operational communications center (OCC). She even suggested that the committee should recommend that all first responders move to encrypted radio channels to “enable more open and transparent communication between all partner agencies during a critical incident.”

Agents responding to Portapique in the first hour described how night vision equipment and mapping software would have been helpful in the pitch dark. Officers had to rely on their personal phones for directions and used their flashlights sparingly for fear of becoming a target of the active shooter.

Ward said in her report that night vision equipment is not typically used by general duty members, but only by emergency response teams. However, since new equipment became available to the Nova Scotia tactical team last year, the old night vision equipment that was “still functional” has been distributed to general-purpose detachments.

She added that night vision goggles are “heavy, expensive and require training and maintenance”.

In Ward’s submission to the inquiry, she also spoke of not finding victims in Portapique’s homes, including those on a street called Cobequid Court, until late in the day on April 19, 2020.

“It was only after the Cobequid Court crime scenes were discovered that the RCMP undertook a full neighborhood investigation. The command triangle should have ensured this had happened much sooner,” said Ward.

The RCMP will review its policies regarding crime scenes and recruitment, especially when dealing with “a critical incident of this nature involving multiple casualties,” Ward said.

Some grieving families expressed concern that only one RCMP officer had been appointed as a liaison to the loved ones of 21 victims in the aftermath. The Const family. Heidi Stevenson, who died in a shootout, was assigned an officer of his own.

Ward said a manual is now being produced that would be more “in-depth” than the current policy. The RCMP is also developing online training to help officers assigned to liaise with victims’ families.

“Obviously some families needed guidance in navigating what services were available to help them with practical things like cleaning [of] crime scenes, dealing with insurance companies and accessing counseling,” she said.

The Mass Casualty Commission is expected to file its final report on March 31, 2023.