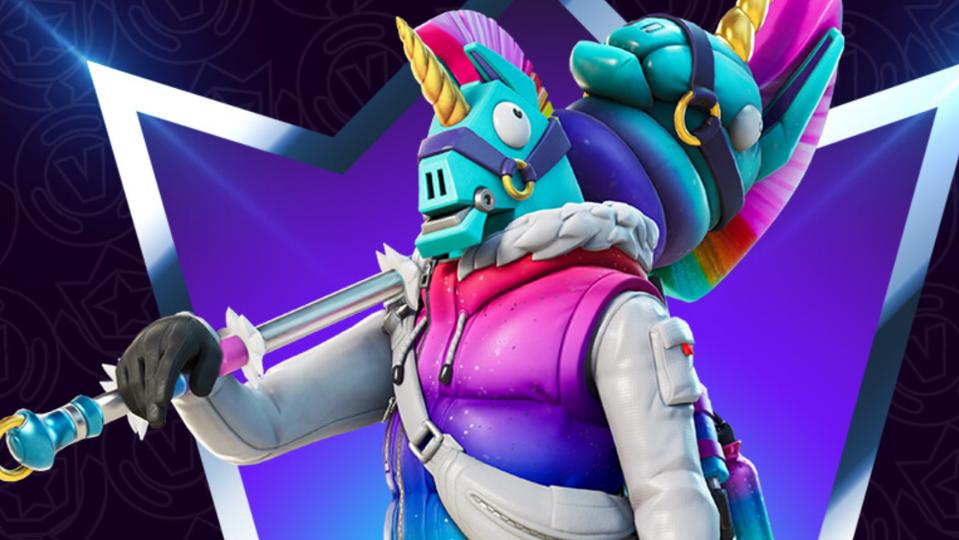 New skin is moving towards Fortnite, but you won’t find it in the Item Shop.

Anyway, he’s a fiercely ugly dude wielding a pickaxe that looks like him.

So how come this ridiculous outfit?

This is the most recent Fortnite crew skin, one of the perks of Epic’s relatively new subscription service. Other perks include 1,000 V-Bucks per month and the Battle Pass. That makes March a pretty good time to subscribe since Season 6 will (theoretically, at least) launch next month.

The Llambro skin comes with Up North Back Bling and the Puffcorn Pickaxe as well as the Llegend Wrap. I don’t like it as much as the last two outfits in the Fortnite Crew. We had Green Arrow in January and the Vi Cattle Clan Warrior in February. In fact, Vi will still be available for new subscribers until the 28th.

These two skins appeal to me more than the Llambro, but I guess it’s all about taste. Green Arrow is a spitting image of the CW version of this hero and makes a fun companion in Duos while my son runs like The Flash. Vi is just a cool original skin that also happens to come with some really cool loading screens. But your mileage will vary. Maybe My Little Pony dudebro lovers will really dig Llambro.

Fortnite Crew costs $ 11.99 per month and it’s not a bad deal depending on how much Fortnite You play. If you’re already getting the Battle Pass anyway and spending some money in the Item Shop, that makes sense. Otherwise, save your hard earned money.

‘Genshin Impact’ reveals Hu Tao and his abilities, next week

‘WandaVision’ episode 8 review: a powerful journey through mourning for Wanda

Power is restored in the cooperative town after an elderly woman...