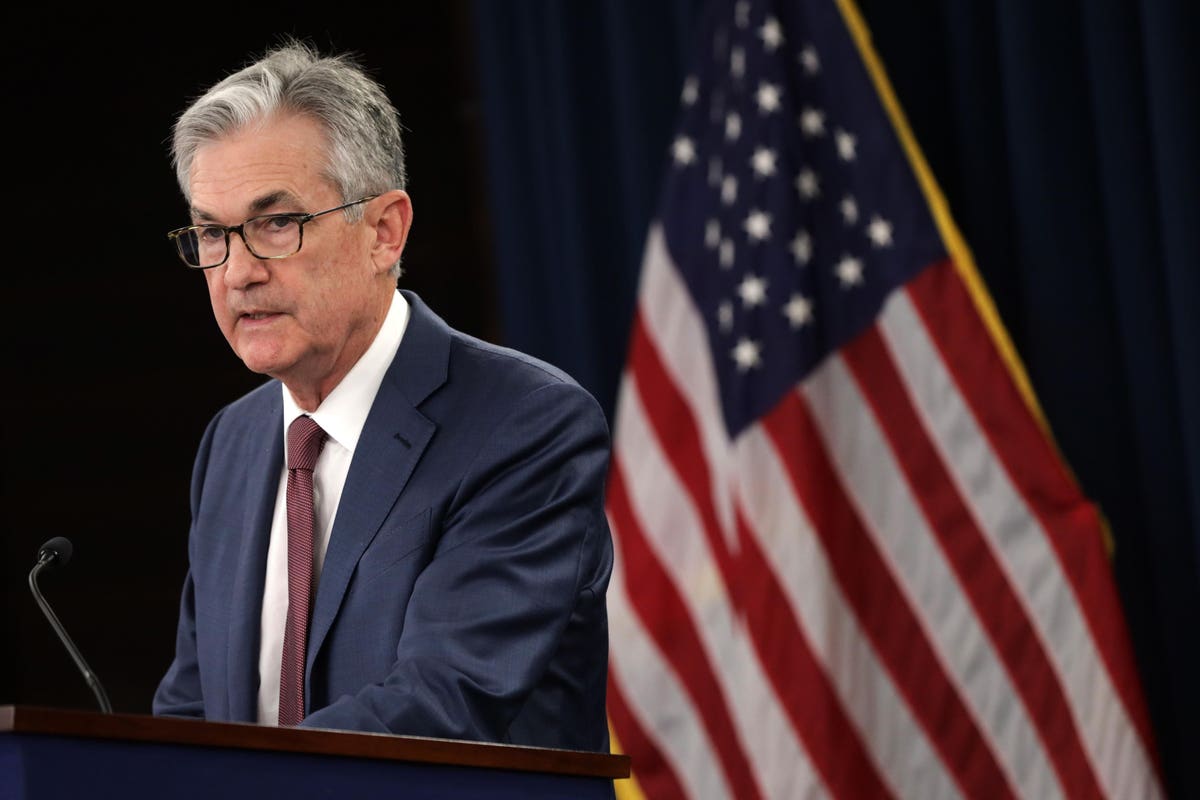 The Fed was widely expected to raise interest rates by 0.75 percentage points at its September meeting, the third consecutive hike. And that’s exactly what happened.

The hike puts interest rates in a range of 3-3.25%, the highest level since before the massive wave of austerity measures triggered by the 2008 global financial crisis.

In addition to releasing its most recent rate target, the Fed also announced its revised economic projections for the remainder of this year and into 2023.

It paints a pessimistic picture that probably won’t calm the nerves of companies and investors alike, but thankfully there are always opportunities to explore and unique angles to seek profit.

Let’s review the Fed’s announcement and look at ways investors can generate potential returns in what is proving to be a challenging environment.

In addition to raising the base rate by 0.75 percentage point, Fed economists have also prepared a series of new forecasts for the economy.

Perhaps even more surprising, the Fed predicts inflation will fall significantly over the next 12 months. As of this meeting, the nominal interest rate is expected to fall to between 2.6-3.5% in 2023.

This decline is unlikely to come without pain for businesses and consumers, with the base rate expected to rise to 4.4% by the end of 2022 and rise again in 2024 to an estimated 4.6%.

What do rate increases mean for the housing market?

The Fed’s main goal in raising interest rates is to curb consumer spending. When the base interest rate rises, borrowing becomes more expensive for the banks. This cost increase is passed on to their customers in the form of an increase in the interest rate on debt.

Be it personal loans, car loans, credit cards and of course mortgages, it makes them all more expensive.

By increasing the cost of debt, households have less money to spend on other things. Less money means a reduction in demand for goods and services, increasing supply and decreasing prices. Or at least she stops rising so quickly.

It’s not good for business, but it does take the heat out of inflation.

Mortgages have the biggest impact on the household budget as they are generally one of, if not the biggest expense they have.

The average interest rate on a 30-year mortgage has recently risen to 6.25%. This is the highest level since the days of the 2008 global financial crisis.

This is a 35 basis point increase that occurred ahead of the Fed meeting, with the 0.75 percentage point rate hike expectation already priced in. It means we may not see any further gains from here on out, at least until the next Fed meeting draws closer.

As for the broader housing market, it is not expected to avoid the damage that is expected to be felt by the rest of the economy. Fed Chair Jerome Powell said the housing sector is likely to make a correction after a period of “red-hot” prices.

How are savers affected?

On the other hand, an interest rate hike is good news for savers. The often forgotten group when it comes to changes in the base rate, they have the opposite problem as borrowers.

Low interest rates mean there are fewer incentives to save, with meager interest rates forcing people to look for other ways to generate returns. If the Fed is trying to stimulate the economy, that’s a good thing.

Low interest rates on bank savings can mean more money going into assets such as bonds and stocks, which can increase market activity and drive prices up. It can also lead to more spending, as there is less incentive to put money aside.

This has been the case since 2008 and savers are now used to receiving almost nothing in their savings accounts and CDs. Now that interest rates are rising, this may finally change.

Higher rates mean that banks can offer high interest rates on their cash accounts. As you might expect, it has the opposite effect of lowering rates. Savers are more incentivized to keep their money in the bank if they feel they are getting a decent return.

With bank rates often below 1%, it was kind of a good idea for savers to consider putting that money into the stock market instead. If rates rise to 4% or even more, that question becomes much less clear.

Of course, a 4% interest rate in real terms is still negative if inflation remains as high as it is now, but nevertheless we can see savings increasing and CD interest rates starting to change some consumer behavior.

For business, this is more bad news, because it again takes more money out of the system and thus spends less money.

All this in the hope of curbing inflation. Fed Chair Jerome Powell has made it clear that this is their number one priority, even if it means damage to the economy in the short term.

How did the stock market react to the interest rate hike?

Despite widely expected and supposedly priced in, the S&P 500 fell 1.71% in trading on Wednesday. Concerns about the outlook for the US economy are mounting, with Powell’s announcement showing a recession is increasingly likely.

The Nasdaq Composite fared even worse, falling 1.79% throughout Wednesday and the Dow falling 1.70%.

It is likely that the decline in the markets was not experienced as a result of the interest rate hike in September, but rather as a result of the expectation and clarity provided about further hikes. There are two more Federal Open Market Committee (FOMC) meetings before the end of the year, and it would be a surprise if no rate hikes were announced at both.

What options do investors have right now?

With interest rates on cash accounts rising, it can be tempting to move some money from the markets to this safe haven.

There are some big problems with that. Number one is that most investors are probably incurring some pretty hefty losses right now, and selling and switching to cash will embed them.

The best CD rates on the market are still just over 3%, and these come with serious lock-in periods of up to five years. With inflation still running at very high levels, you would be holding a negative real return.

That’s not a great strategy.

So we’re probably heading for some economic turbulence, the stock market is already looking choppy and money still isn’t coming to the party. You could try to pick stocks, but that’s fraught with danger and it can easily get worse than just putting your money in the bank.

A good example is our Large Cap Kit. In volatile markets, large companies tend to outperform small and medium-sized companies. They tend to have more stable revenues, more cash reserves to fall back on, and are less dependent on attracting new customers to generate profits.

That’s not to say they can’t fall in value, but they will often fall less than smaller companies that find it hard to navigate economic slowdowns.

The Large Cap Kit appears to be taking advantage of this difference by taking a long position in the largest 1,000 companies and a short position in the next 2,000. It means that even if the market goes sideways or even down, investors can profit as long as large companies hold up better than small or medium-sized ones.

It’s the kind of trading usually reserved for baller hedge fund customers, but we’ve made it available to everyone.

Big sell-off in stocks creates buying opportunities, says Baron manager who has 20% of his fund assets in Tesla

My 2023 Forecast for High Yield CEFs