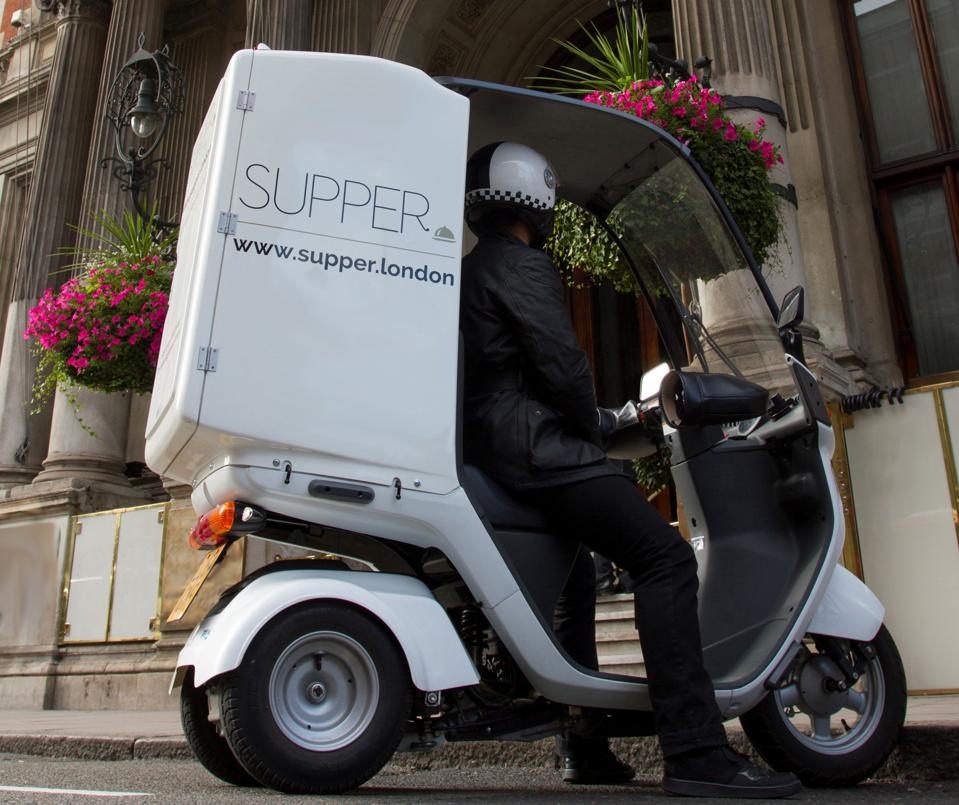 Launch of Peter Georgiou, based in London Supper in 2015, and the business has grown by over 1,200% in recent months. With 15 Michelin-starred chefs and over 100 high-end restaurants to their credit, food is delivered on specialized Japanese scooters equipped with temperature-regulating storage boxes.

You saw an increase in orders during the lockdown – tell me about the logistical challenges that posed and how you coped with the growth? In November, it rose to over 1,200% year-on-year. We must have increased about four times this year. As we own all of our bikes and directly employ all of our drivers it meant dealing with this growth ladder, we had to plan for the year once it started. At first we were very lucky and we had a bit of capacity, but in June we were really exhausted as the demand kept increasing. We had to employ drivers on a daily basis, buy more bikes, have more staff at headquarters and more office space, all in a lockdown scenario. Thank goodness I had a great team in place. The only thing that was really prepared was the technology to be honest. This had been built for the scale and managed to scale as fast as we grew.

How do you choose which restaurants to include in the app? Is there a checklist or specific criteria to select? When I started the business, I wrote down on a piece of paper a wish list of restaurants that I thought I needed to make the business credible and viable. These were Nobu, Zuma, Hakkasan, China Tang and groups like Gordon Ramsay, Corbin and King, Caprice Holdings and JKS. This list was wiped out early on, and I had to rethink my plans when none of them joined. These days, however, we are very lucky and restaurants come to us, but we still have a system in place to choose who we accept. The most important criterion for me is that the food must be exceptional. It could be a local favorite or a name from the West End.

Tell me about the Japanese scooters you use for delivery? How did you find them? What makes them superior to the typical delivery bike? It’s a funny story. I had my very first encounter with a restaurant – Nobu – and they said they liked my idea of ​​a high-end delivery service very much (they thought it would work as they were asked for take-out daily), but they needed it to be in harmony with their restaurant if they used it. So instantly, I just thought about Japan and the quality of service there. I did a little research and found the bikes online. A week later I was on a plane and bought eight bikes. The same ones we use today. I barely gave myself time to think about it; I just did it.

These bikes are so special because they have a gyroscope inside so they keep everything completely stable. Speed ​​bumps and potholes don’t make a difference – the food all stays in pristine condition.

What’s the most extravagant order you’ve received and did you do something unique when it was delivered? We have received such varied orders over the years. The prizes cost over £ 1000.

Who is the dinner client? A dinner patron is someone who loves to go out and eat at the best restaurants in London. Covid has blocked people from traveling to Zuma, China Tang, and Nobu, but Supper made it possible.

What are your predictions for the future? Are premium deliveries here to stay? The past year has been transformative for us. We’ve added over 120 new restaurants, all of the highest quality, and it doesn’t look like it’s going to let go anytime soon. Circumstances have changed, restaurants have adapted and delivery is now part of their business models.

What prompted you to choose the name Supper? I first thought about the idea of ​​having dinner with a friend and he is French. We threw out a number of names, most of which revolved around the word delivery. And then I told him that in England we call dinner, supper. He hadn’t heard the word before, but just loved the sound. He thought we should use it. So it’s a bit stuck. It has a quintessentially English feel and that air of sophistication about it that I thought would match the service I wanted to create.

20 Of The Best Rum Cocktails To Make This Winter

Chatwal Lodge in the Catskills

How ghost kitchens and business innovations are helping the industry

The Bharat Express News - January 17, 2021 0
HHello and welcome to our live blog for Sheffield United vs Spurs, a game Spurs desperately need to win to keep their low hopes...