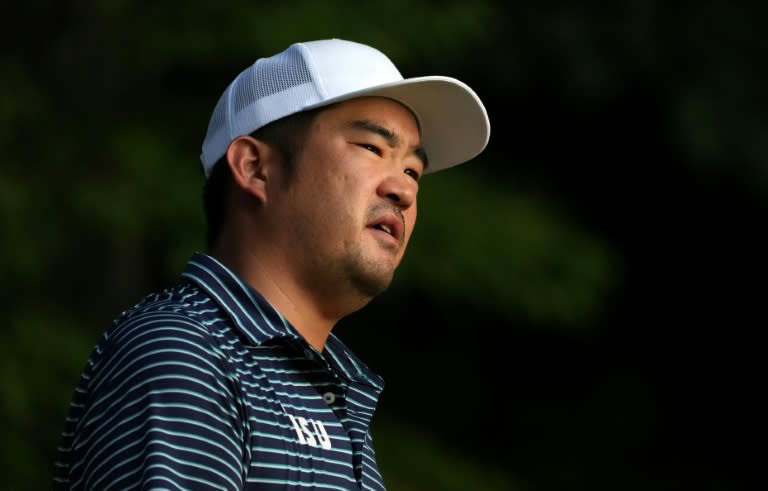 John Huh fired a career-low nine-under par 61 to take an early two-stroke lead in Thursday’s opening round of the US PGA’s Wyndham Championship.

The 32-year-old American made seven birdies and an eagle in a bogey-free round, taking a two-stroke lead over South Korean Im Sung-jae at Sedgefield Country Club in Greensboro, North Carolina.

“I’m actually surprised to be at the top of the standings,” said Huh. “I didn’t really feel like my game was up, but it was one of those days where I took advantage of some good shots and good breaks.

“Shoot my career low, it’s a bit weird. Feeling a bit mixed, but I’m taking this every day.”

Huh, whose only PGA title came at the 2012 Mayakoba Classic after an eight-hole playoff, sank a 10-foot birdie putt on the first hole and made five consecutive birdies from the fourth hole.

“I hit it close enough, gave myself a shot,” Huh said. “I pretty much put it within 10 feet and made all that.”

On the 15th par-5, Huh drove the green in half and sank a 38-foot eagle’s putt with some help from the flagstick.

“I knew it would go fast,” said Huh. “I hit a good shot, hit my line. I was lucky he hit the flagstick and went into the hole. It was just one of those holes where you hit your spot and hopefully it goes in.”

Huh added a birdie putt from just under four feet on the 17th and finished with a par about the same distance.

Huh started the day 111th in FedEx Cup points with only the top 125 after Sunday’s final round, which qualified for the PGA playoffs starting next week in Memphis.

“I know what’s at stake. I know how important this tournament would be,” said Huh. “At the same time, you just have to play and I think I did that very well.”

I nodded both par-5 holes on my way to a 63 to get second. His only match or better rounds was winning last October’s Shriners Children’s Open.

Smotherman, a rookie in the 125th and final playoff position, equaled his best PGA round.