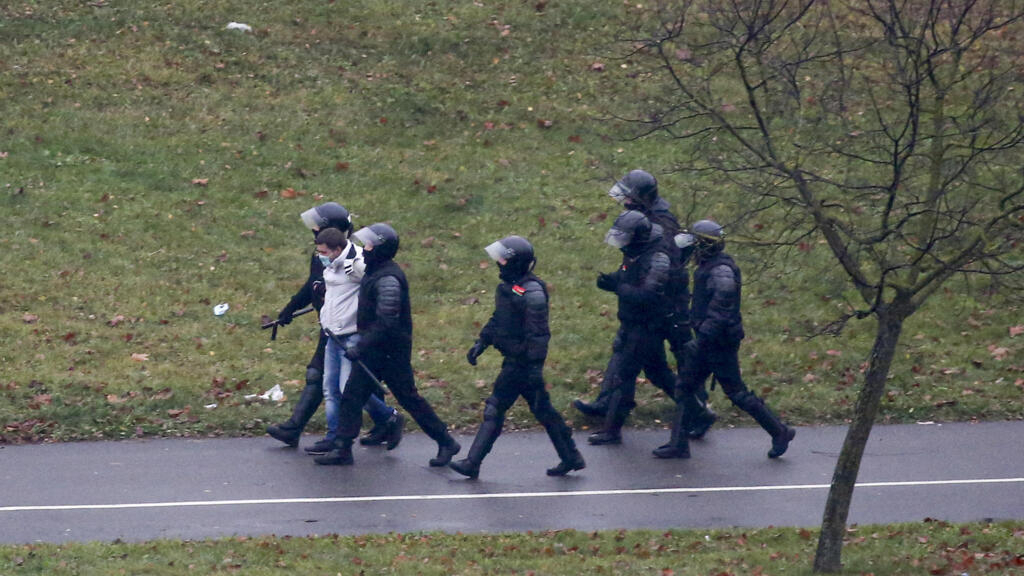 Belarusian human rights group Viasna says more than 300 people have been arrested and many of them beaten by police during protests calling for the resignation of the country’s authoritarian president.

The protests which drew thousands of people were the 16th Sunday in a row of major protests against President Alexander Lukashenko.

There have been almost daily protests since early August, but Sunday’s were the biggest.

Protests have gripped Belarus since the August 9 presidential election which, according to official results, gave Lukashenko a sixth term, but which the opposition and some election officials say have been manipulated.

Throughout the wave of protests, more than 19,000 people were arrested and thousands beaten, human rights defenders say.

On Sunday, protesters attempted to water down police detentions and dispersions by initially gathering in various parts of the capital Minsk, but were greeted by police when they attempted to converge on the center. Police used stun grenades to send them back and began large-scale detentions.

Demonstrations also took place in other cities on Sunday. Viasna said at least 304 people have been arrested across the country.

The Bharat Express News - November 29, 2020 0
SAS Australia star James Magnussen strips down on his boardshorts as he...