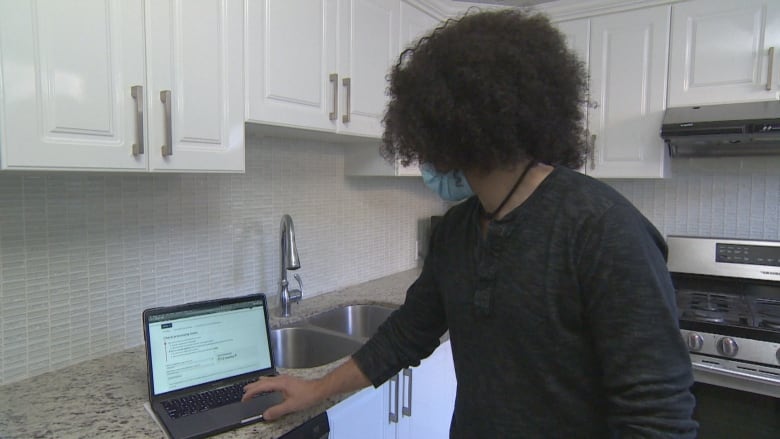 In March 2020, Minakshi believed her journey to Canadian citizenship was drawing to a close, as Immigration, Refugees and Citizenship Canada set a date for her review.

Then the world changed before his eyes on March 11, exactly one week before his scheduled citizenship test, as the World Health Organization declared COVID-19 a pandemic.

The IRCC canceled all tests, including his, except for what it called a few “urgent” reviews, which were held virtually.

“We understood, we tried to cooperate,” Minakshi said.

But several months passed before the department resumed testing, putting them online at the end of November.

Backlog of tests increased during pandemic

Data obtained by TBEN News shows Minakshi is one of hundreds of thousands of people stuck in a waiting pattern.

In a series of internal IRCC emails, employees acknowledge that the backlog of permanent residents who are ready to take a citizenship test has grown from 87,000 people in March 2020 to 102,000 earlier this year.

The information also shows that 311,259 people were expected to go through the entire citizenship application process at the end of January.

“One hundred and two thousand applicants is like the size of a mid-sized city in Canada,” said Ahsan Umar, head of an ad hoc advocacy group, Advocates for Citizenship Test.

The group filed the Freedom of Information request which revealed the service’s internal numbers and emails.

“We all understand the reasonable timeframe because of this whole situation we find ourselves in,” Umar said. “But when it comes to a lack of transparency and unreasonable delays, it causes a lot of deep heartache in itself.”

The cost of waiting

For Minakshi, who arrived in Canada 10 years ago and lives in London, Ontario, it has also made the job search problems worse.

She only has one first name, which is not uncommon in the part of India where she is from. She would like to start a career in real estate in Canada and get a last name. But to do so legally, she would first need to take her citizenship test.

Since 2018, she estimates she has paid up to $ 600 to renew her permanent resident card and Indian passport – and to have her fingerprints scanned three times to help with IRCC’s criminal background check, which is due be periodically redone during the processing of a citizenship application. .

Although she started her application for Canadian citizenship in 2018, Minakshi said she had not yet received a new invitation to a test and did not understand why it was her responsibility to pay for new ones. analyzes, since his actions did not cause the delay.

“Every morning, you know, instead of doing my regular job, I check my phone. Every day, have I still received the email? Do I have to prepare for my citizenship test? “

Ben Mansoura, another permanent resident of Toronto, managed to be among the first 5,000 applicants to receive an invitation to take an online test in December.

But the senior IT manager had to file a request for access to information about himself just to find out he was successful.

He is still waiting for the results regarding criminal history and linguistic admissibility, without indicating when they might arrive.

“The agents on the phone would be almost like, ‘Why are you calling us? “Mansoura said whenever he called the IRCC for up-to-date information.

In 2019, he was banned from voting in federal elections, and he fears he will not be able to vote again in the next election, expected later this year, if the delays continue indefinitely.

“I want to help improve this country,” said Mansoura, who arrived in Canada in 2012 from the Czech Republic. “I don’t feel welcome here, I feel like I’m not treated the same.”

Some of IRCC’s internal emails in the 353-page document obtained by Ahsan Umar’s group date from before the online test was launched, with employees deciding what was called an “aggressive plan” to begin with. the pilot project with 5,000 invitations to tests by the end of 2020.

Immigration Minister Marco Mendicino was not available for an interview on the matter, but at a recent press conference he asked those still waiting to “keep the faith”.

In a follow-up statement to TBEN News, the IRCC said it had sent out 65,893 invitations to online tests as of the end of April and that 43,697 people had completed their citizenship tests.

“Immigration officers have also had to scramble for this past year,” said Raj Sharma, a Calgary-based immigration lawyer.

Seeing the figures obtained by TBEN News, he said he expected the backlog to worsen due to the pandemic.

But Sharma said there was no explanation for the large number of people who have been waiting for so long.

The federal government has revealed that it wants to facilitate the access of essential temporary workers and international students to permanent residence. 1:59

“It looks like there are some promising signs of a coming spring,” Sharma said, referring to the online testing process which is going more smoothly now.

But this is hardly comforting for Minakshi: “If I receive the fourth fingerprint request next year, I will withdraw my file,” she said.

The Bharat Express News - June 14, 2021 0
Controversial Nigerian transvestite Idris Okunneye, known as Bobrisky, has revealed why he decided to have plastic surgery. In an Instagram post, Bobrisky said he would...