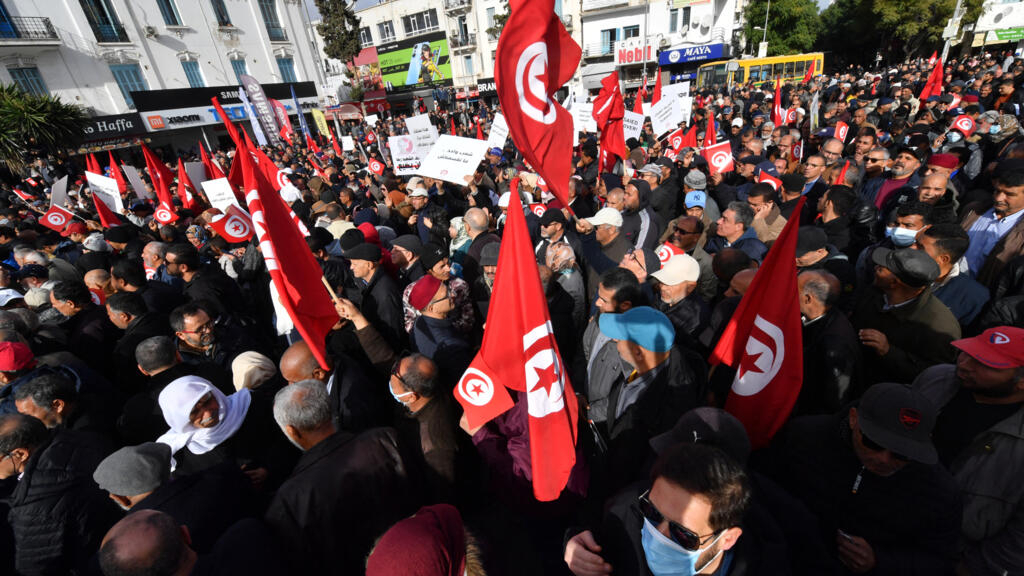 Hundreds of Tunisians marched on Saturday after opponents of President Kais Saied called for protests over a worsening economic crisis.

“The people want what you don’t want. Get rid of Saied,” the activists, including supporters of the Islamist-inspired Ennahdha party, chanted.

Ennahdha dominated parliament until Saied launched a dramatic power grab on July 25, 2021, sacked the government and froze parliament before appointing a new cabinet and ruling by decree.

“The coup has brought us famine and poverty. Yesterday the grocer only gave me a kilo of macaroni and a can of milk,” said Nouha, a woman at a protest.

“How can I feed my family of 13 with that?” complained the 50-year-old housewife.

Saturday’s protests were staged in the capital Tunis by two different opposition groups and were kept well apart with a heavy police presence to prevent unrest.

ALSO READ  LOOK | Farm dumps almost 12,000 liters of milk in one day due to failure | Company

They were held against a backdrop of growing political division on the 12th anniversary of the fall of dictator Zine El Abidine Ben Ali.

The largest opposition, the National Salvation Front (FSN), of which Ennahdha is a part, was kept about a kilometer away from left-wing party activists who had gathered in front of the city theatre.

Another march, attended by hundreds of people, was led by Abir Moussi of the anti-Islamist opposition Free Destourian Party, in southern Carthage, where the presidential palace stands.

Tunisians who largely supported Saied’s takeover are increasingly fed up with the economic crisis.

The heavily indebted state struggles to import basic goods and there is a chronic shortage of basic commodities such as coffee, milk and sugar.