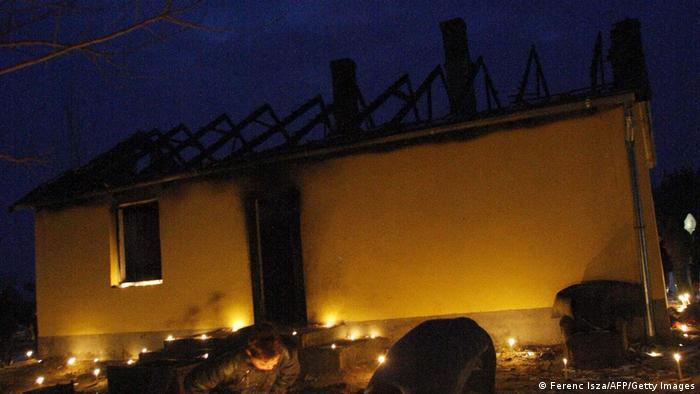 The perpetrators ambushed their victims, set their houses on fire and then shot them as they tried to escape the flames. Or they killed them in their sleep. In all, the neo-Nazi group killed six people, including a small child, and injured another 55 people, the most seriously. The only motivation for their crimes was the fact that their victims were Roma.

The series of right-wing attacks in 2008/2009 was the worst series of crimes committed in Hungary’s recent history – comparable to the NSU killings in Germany, which left 10 dead and one injured between 2000 and 2007. attacked because they were foreigners. The murders in Hungary were committed in the final months of the country’s social-liberal government, as Hungary further plunged into corruption and political chaos. Just months later, Viktor Orban was elected to power by a two-thirds majority.

The case of the Roma murders in Hungary has never been fully resolved. Nevertheless, in 2014 three perpetrators were given life sentences and an accomplice was sentenced to 13 years in prison. Despite ample evidence of their guilt — including TBEN samples collected from various crime scenes — all the men involved were unwavering in their claims of innocence. Only one of the four, Arpad Kiss, considered the leader of the group and the prime suspect in the case, ever spoke publicly about the crime, each time proclaiming his innocence.

Now, out of nowhere, he has made a confession. Some 13 years later, the daily newspaper of Budapest Magyar Nemzet — considered an unofficial megaphone for Prime Minister Viktor Orban and his Fidesz party – has published an interview with Kiss. The interview, dated August 31, yielded a confession that was as confusing as it was shocking.

In it, Kiss said, “The crimes happened. We committed them.” Although he described the crimes as a “mistake,” he never expressed real remorse or remorse. Also, the interviewer never bothered to ask follow-up questions. Kiss also described the group’s statements of innocence in court as a “mistake”.

Although he was presented as the main perpetrator and organizer of the group, Kiss denied him any leadership position. He claimed he just wanted to help his younger brother and only got involved in the murders by accident. The bizarre climax of the interview came when Kiss suggested that the last two murders in April and August 2009 could have been prevented if the investigators had worked more effectively.

But that wasn’t the only statement that made the interview so remarkable. For the first time, Kiss publicly confirmed what most who had long suspected the case: accomplices and supporters made the killings possible by providing cash, weapons and logistics. In the interview, Kiss referred to two helpers: a local politician from the far-right Jobbik party and an employee of a gun shop who apparently had access to confidential information from the Ministry of the Interior through a relative.

Kiss did not name names or provide any further information, though he claimed to have provided details about both accomplices to Hungarian investigators in 2020. But official investigations led to nothing. “We were held accountable, but those two went free,” Kiss said in the interview. “I find that shocking.”

No response to the interview

Kiss said he hopes his sentence will be reconsidered. He and the two other perpetrators were given “life” sentences, equivalent to at least 40 years behind bars in Hungary. In October 2021, the European Court of Human Rights ruled that practice illegal. Should Hungary change course, Kiss could go free in 2034.

ALSO READ  LSU student's murder appears to have been a random attack: police

Although the Roma murders represent a uniquely racist, far-right crime series, the interview has not been commented on. A few media outlets gave brief summaries, but neither Orban or his fellow Fidesz politicians said anything about it, nor anyone from the opposition party. Journalists are also silent.

“No political party in Hungary has any interest in fully investigating and solving the Roma murders, that’s consensus,” filmmaker and journalist Andras B. Vagvolgyi told TBEN. Vagvolgyi is one of the few people who knows the business inside out. He attended the trial for years and published a book about the crimes in 2016. He has even interacted with Arpad Kiss over the years, conducting unpublished interviews with him, and working on a film about the crimes.

Vagvolgyi is convinced that a basic investigation into the case could prove that the perpetrators had accomplices in the security and intelligence communities. He said a general lack of will to get to the bottom of the matter, as well as latent anti-ziganism, are both standing in the way of closure. “A lot of politicians have told me that people should finally forget about it,” Vagvolgyi said. 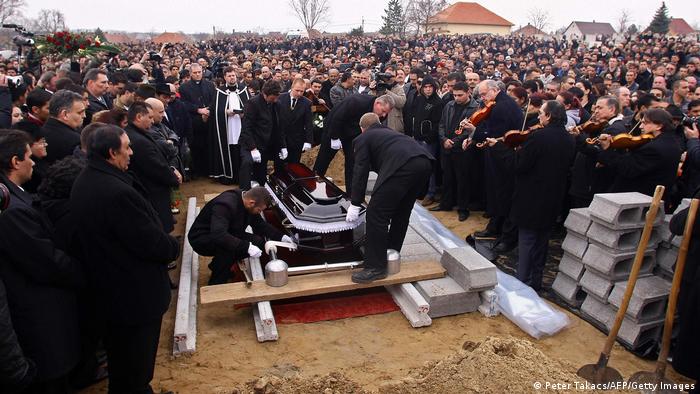 The liberal ex-politician Jozsef Gulyas, who helps survivors of the crimes together with friends and acquaintances, agrees. “Unfortunately, almost no one is interested in the case anymore. The victims are as good as forgotten,” he told TBEN. Gulyas was a member of the Parliamentary National Security Committee investigating the matter in 2009 and 2010.

“In light of Arpad Kiss’s public statements,” Gulyas said, “the most important thing now would be to open a new investigation and demand that intelligence agencies hand over any information they have on the matter.”

It remains unclear whether that will happen. Neither the Hungarian police nor the National Bureau of Investigation answered a TBEN question about whether a new investigation was planned, nor whether the investigation of accomplices was completed unsuccessfully, as Kiss claimed.

What role did the former prime minister play?

Possible evidence that intelligence agencies were aware of the events could be potentially explosive. For example, Istvan Csontos, an informant from the KBH security bureau of the Hungarian army, was also the driver of the flight in the last two attacks. He would have informed his contact person at the KBH of his role, but that information would not have been passed on. Csontos was released from prison in August after serving a 13-year sentence. He has never spoken publicly about the case.

Political analysis may also be at the root of the Kiss interview’s prominent placement in a newspaper known as an unofficial media partner of the Prime Minister. In the interview, Kiss accused ex-Socialist Prime Minister Ferenc Gyurcsany of indirectly knowing about the crimes and quietly profiting from them. Gyurcsany is still active in politics and has consistently been the target of attacks from Orban and Fidesz. The former prime minister has never responded to calls to explain his ties to the case.

This article has been translated from German by Jon Shelton