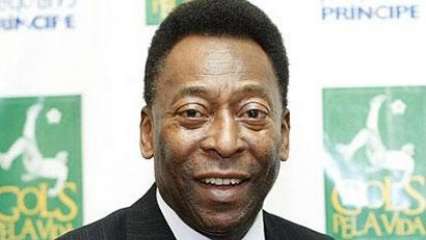 Brazilian soccer legend Pelé has a huge fan to date and the game’s many young fans aspire to be like him. However, the off-field life of the three-time World Cup winner is currently talking about her.

The footballer sensational admitted that although he has married three times, he has several affairs. Pelé went on to admit that he had fathered so many children that he was not even aware of them.

According to the British tabloid, The sun, Pelé in the new Netflix documentary said, “In all honesty, I have had a few cases, some of which resulted in children, but only found out later.”

Among all his known children, Pelé fathered seven, including his daughter Sandra Machado, whom the star did not recognize as his child despite the court ruling in 1996.

Pelé in his documentary further claimed that all of his wives and girlfriends were aware of his infidelity. He said, “My first wife, first girlfriend, knew about it. I never lied.”

Sandra, who died of cancer in 2006, is the result of an illicit love affair with the cleaning lady Anisia Machado. He even had an affair in 1968 with journalist Lenita Kurtz and produced his daughter Flavia, 52.

Maria da Graca Xuxa – a 57-year-old former model who started seeing Pelé when she was only 17 – revealed last month: “He said it was an open relationship, but only open to him.”

In the Netflix movie, titled “ Pele, ” the South American showed a lack of ego normally associated with preening footballers.

That day: In 2009, when a man rescued Sri Lankan cricketers from a terrorist attack in Pakistan

The Bharat Express News - March 3, 2021 0
SYDNEY - One in five Chinese Australians say they have been physically threatened or attacked in the past year due to the COVID-19 pandemic...