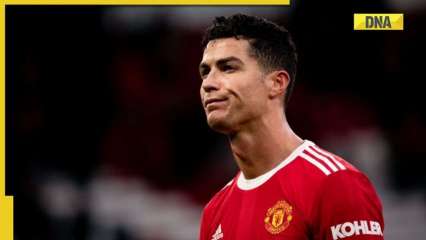 Portugal international and Manchester United forward Cristiano Ronaldo has lashed out at his team and manager Erik ten Hag, saying he has no respect for the manager. Ronaldo, who has made just four Premier League starts at Old Trafford this season, has revealed how dissatisfied he is with life at the Premier League club.

READ: Virat Kohli and Suryakumar Yadav make it to ICC’s ‘Most Valuable Team’ of the T20 World Cup

ALSO READ  Klay Thompson made a critical mistake during the offseason prep, says Stephen A. Smith

“I have no respect for him because he shows no respect for me. If you do not respect me, I will never respect you,” he said in an interview about Ten Hag. with Piers Morgan as quoted by GOAL.com.

Ronaldo also stated that he felt he had been “betrayed” by Manchester United and blamed for everything that had gone wrong at the club, making him feel like a “black sheep”.

“I think the fans should know the truth. I want the best for the club. This is why I come to Manchester United. But there are things that don’t help us reach the highest level like City, Liverpool and even now Arsenal … a club of this dimension should be the top of the tree in my opinion and unfortunately they are not,” he added.

After the attacker was on the bench in the game against Tottenham before the end of the regulation by the Red Devils, Ten Hag has already dropped Ronaldo this season. Therefore, it is not difficult to argue that Ronaldo may have already played his last game for the Red Devils as a result of his provocative comments. World Cup 2022. The team’s first game will be against Nigeria on November 17.

ALSO READ  Cristiano Ronaldo: I feel 'betrayed' by Manchester United and am being forced out