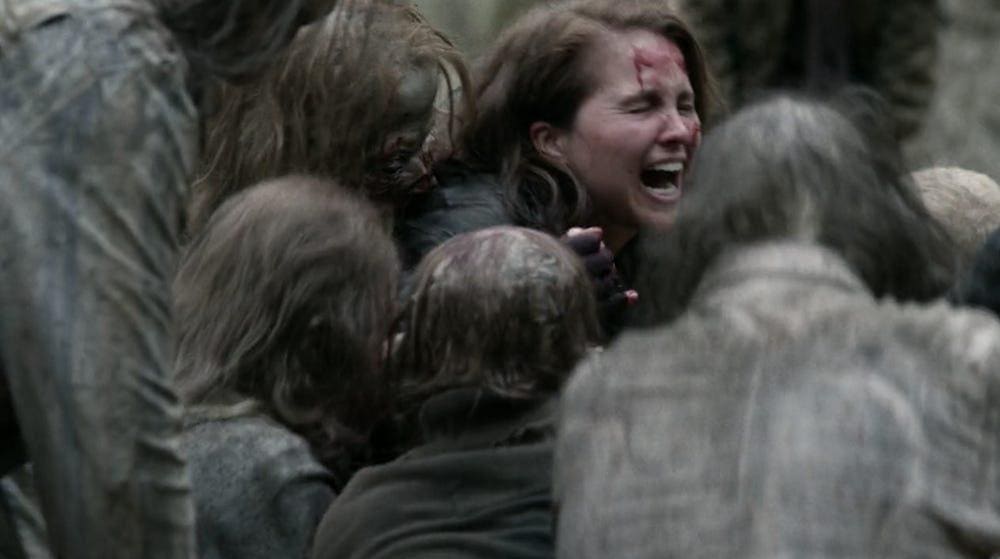 I am outraged. I cannot contain the depth of my emotions on the latest deaths in AMCs The walking dead. They cut me through the heart. They cut me to the quick. They cut me deeply.

You know what it is. You know who I’m talking about, because it’s in the title of this post. I’m talking about three of The Walking Dead most beloved characters, each killed within two weeks of each other, although one was killed in Season 10 and we just found out.

Agatha – the good old Agatha! – was killed in Season 11, Episode 3 moments after having to watch Duncan – and who could forget Duncan? – breathe his last ragged breath.

Tony, meanwhile, was killed when the Whisperers attacked Hilltop in Season 10 (thank you very much Negan, you destroy the human being, even though we all know you did it for Carol and to stop Alpha! will always continue to hate you because the writers think that’s cool!)

We didn’t learn of Tony’s death until Aaron, Jerry, Carol and Lydia went to Hilltop in Episode 5 to look for blacksmith supplies and Jerry spotted the poor guy, now an envelope. withered and charred zombie. “It’s Tony,” Jerry said, pointing a little aimlessly at the floor where the zombies were lying to relax.

Damn, I’ve been wondering for ages, since that fateful battle, if Tony made it out alive. Now we know.

Now. We. Know. And knowing is a pain.

Tony was a calm guy, not a lot of lines, but the lines he had were always so poignant. There was a kind of savage wisdom in man. He could almost have been Daryl’s adoptive father at times. Two strong and silent types, good hunters, good warriors. Tony’s loss to the group is monumental, and for one, I’m glad the show spent enough time with him to warrant a little nod like Jerry’s. It’s cool, you know? The care and work that the show’s producers and writing team put into these characters who keep falling like flies in season 11.

Agatha and Duncan were, of course, classic characters who had lived with Maggie for years and whom we all came to know and love very much. Duncan, with his towering figure and intimidating physical presence, such a distinct contrast to his gentle and sensitive nature. And all those jokes he loved to tell. A big teddy bear, that one. Always there with a smile and a one-liner to brighten up your day. Don’t get on his bad side, Amirite?

And Agatha, well, what about Agatha? Wise, fearless, compassionate, sometimes a little moody but then who is not in a zombie apocalypse? Her brood would break like a stormy day and then just sun and peaches. You could trust, Agatha, a secret or your life. She was a good listener, a good friend, faithful to the end.

I’m just glad the AMC writers spent so much time establishing her as a character we really cared about before the zombies tore her to shreds. I could really understand Maggie’s pain as she tried to fight to save her, which made Negan even more heartbreaking.

Don’t even get me started on Cole and Maya. I don’t think I have the heart to offer more words for these beloved characters who died too soon, man. Too young.

RIP homies. You made the show what it is today.