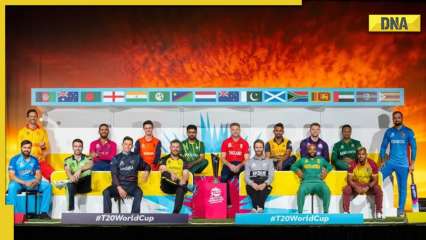 The International Cricket Council (ICC) has named the tournament team for the 2022 T20 World Cup on Sunday. Three Indian players have been named on the list, including former India skipper Virat Kohli, Suryakumar Yadav and Arshdeep Singh. The team also consists of three members of the winning team of England, who defeated Pakistan in the final on Sunday.

Virat Kohli, Suryakumar Yadav and Arshdeep Singh were easily three of the best players at the 2022 T20 World Cup, helping their team to the top multiple times throughout the tournament. Kohli finished the campaign as the top run-scorer with 296 runs from six games at an average of 98.66 and strike rate of 136.40, including four half-centuries.

Suryakumar, on the other hand, finished third in the event with 239 runs in six games at an average of 59.75 and a strike rate of 189.68, including three fifties.