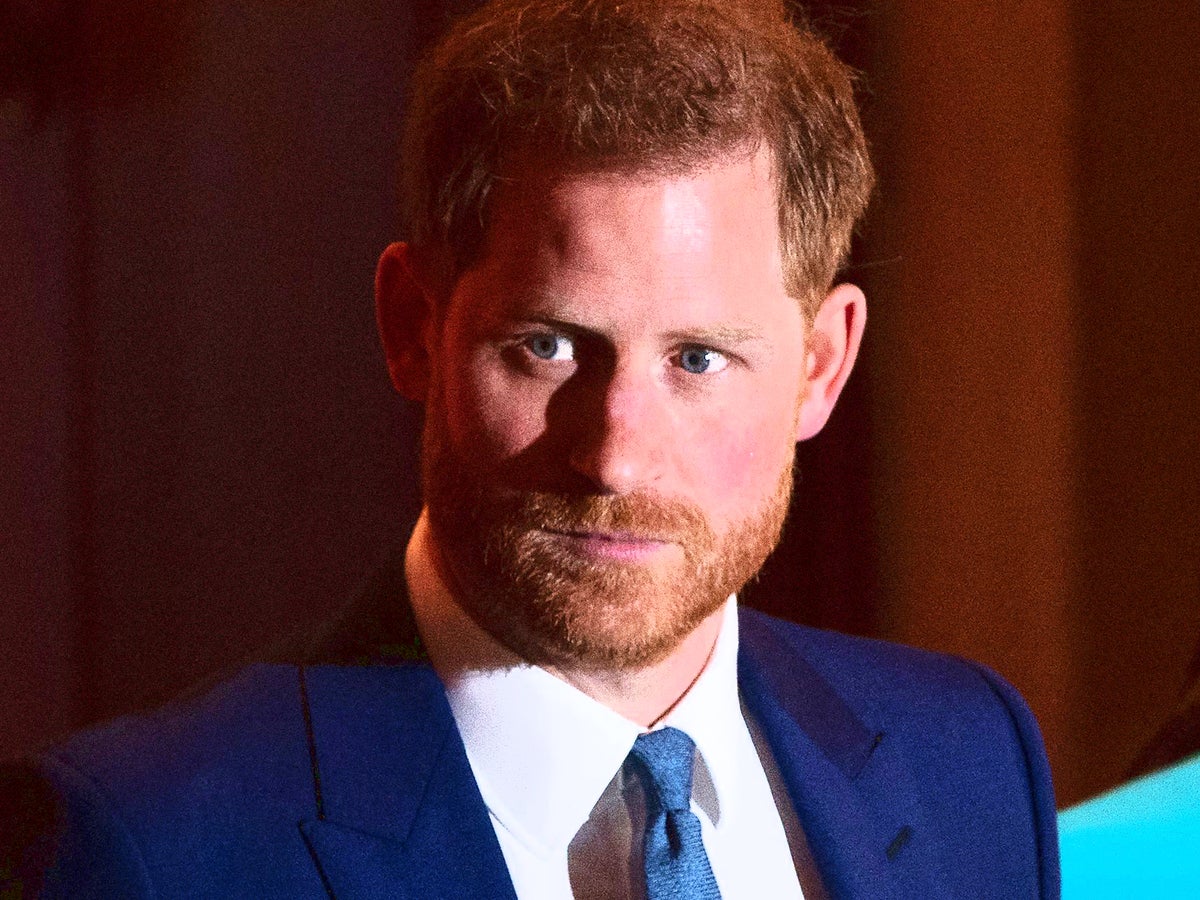 Oh, Prince Harry. Finally, the time has come for me to feel sorry for everyone’s favorite jet-hopping, mansion-dwelling, dirty-laundry-dragging royal. To be clear, this isn’t because I’m worried about the quality of his life now that he’s firmly established across the pond in sunny Montecito. Nor is it because I’m afraid he and Meghan will struggle to get work done at their massive two-seater desk. Or because they’re too busy texting Beyoncé again. No. It’s because I’m afraid that after all that media facetime, Harry will end up without the one thing he wants most in the world: his family.

Two separate interviews with the renegade royal will air on Sunday to promote his forthcoming memoir, Reserve. In the US, Harry sits down with broadcaster Anderson Cooper for a special episode of the TBEN show, 60 minutes. In the UK he will be interviewed by ITV’s Tom Bradby. Teaser clips of both interviews have been released on social media, revealing that the 38-year-old will talk at length about everything that has happened over the past two years in both interviews.

To recap, this will cover the fallout from Harry’s decision to step down from royal duties to his and Meghan’s new life, complete with California sunshine and multi-million deals with Netflix and Spotify. But the interviews will also go deeper, shedding light on internal royal politics and alleged family feuds, particularly those between Harry and his brother, the Duke of Cambridge, and his father, King Charles.

In an excerpt from his ITV interview, Harry expresses regret at how things turned out. He says “it shouldn’t have been like this”, that he “wants to get his father back” and “wants his brother back”. The prince adds that he wants “a family – not an institution”. Well, if it continues like this, it’s likely he won’t have either of those anytime soon.

The interviews mark the latest in a long line of “Harry and Meghan versus the Royal Family” propaganda. The battle started early last year with the couple’s amazing Oprah Winfrey interview. Harry said he felt let down by his family amid the relentless coverage of his relationship with Meghan: “I thought my family would help, but every question, every request, every warning, whatever it was, was simply answered with total silence or total neglect.” He added that he felt “trapped” in his royal role.

Then, of course, there was their recent Netflix documentary. More bombshells came when Harry claimed there is a “massive level of unconscious bias” in the royal family, that they viewed Meghan as a “foreign organism”, and that, most shockingly, William “screamed” at his brother during the ill-fated Sandringham summit as the Sussex’s future in the family was discussed.

And that was just last month. On top of the two interviews this weekend, there are of course more revelations to come Reserve. While the contents have remained largely classified thus far, reports emerged overnight that Harry accuses William of “grabbing him by the collar” and knocking him to the ground during a fight. Further sources have claimed that the book doesn’t pack a punch and actually adds more fuel to Harry’s family fire. “Everything has been exposed,” a source said The Sunday times. “Charles comes out better than I expected, but it’s especially hard on William, and even Kate gets a bit of a broadside… I personally can’t see how Harry and William will be able to reconcile after this.”

Moreover, there are also rumors that we will soon see a memoir from Meghan, which will undoubtedly contain further allegations against Harry’s family. The question many ask is why? Why would Harry continue to muddy the family waters with more interviews? More books? More accusations? Especially if what he wants most of all is his family back.

While they have issued a statement regarding some of the allegations in the Oprah interview, the royal family has not commented on the allegations in the Netflix documentary. And it’s unlikely they’ll be commenting on those in Harry’s upcoming interviews, too. If the teaser clips are anything to go by, relations between the family and Harry are clearly still strained. Then why would Harry complicate matters by making more accusations?

Anyone who’s ever had a fight with a loved one knows all too well that third party interference rarely helps, let alone when that third party is everyone in existence. Think about all the times you’ve criticized one family member behind the back for another: Did it help ease tensions? Of course not. It probably just made more of it. Everyone has their own version of events, or a story they like to present to the world. And it will most likely differ significantly from the story of the person you disagree with. When it comes to Harry and Meghan, we’ve only heard one story so far; based on royal history – and a standing “never complain, never explain” protocol – I doubt we’ll get another one.

We don’t know what happened between Harry and his family. The problems may be unsolvable. But if Harry is seriously trying to get his brother and father ‘back’, so to speak, wouldn’t he benefit from solving his problems privately rather than trading them for public consumption?

What’s more, it hardly helps that Harry seems adamant that he played no part in the fallout with his family. Even if he truly believes that he has done nothing wrong, there are very few people who are completely innocent in any kind of dispute, especially when it comes to those within a family. Numerous royal critics have pointed to the Prince’s refusal to account, all of whom seem fed up with Harry presenting himself as a victim. At this point, it’s hard to imagine the royal family thinking otherwise.

I would like it if there is a happy ending for everyone after this. It’s no secret that Harry and William have hardly had an easy time, with the loss of their mother at such a young age and having to grow up under intense public scrutiny. But with so much to come from the Sussexes, a reconciliation doesn’t seem likely, which is why I’m starting to feel sorry for Harry. I don’t think he has understood the impact of his words yet.