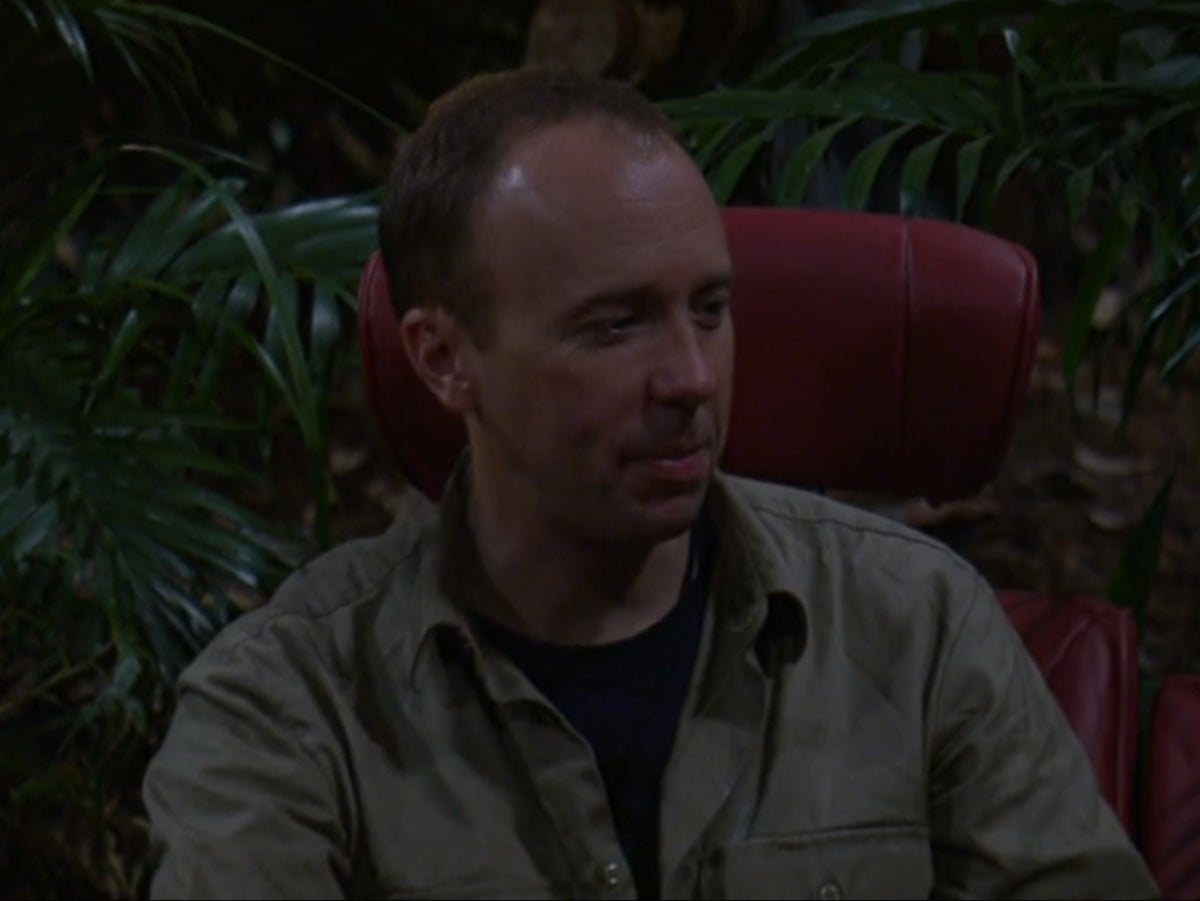 Matt Hancock has been named camp leader on I’m a celebrity… Get me out of here!.

On Sunday (November 13), participants were told that the public had voted Mike Tindall and Hancock as potential camp leaders.

“Let’s do this. You can’t make Conservatives leader, but you’re camp leader,” White told Hancock, as the MP replied, “Not yet!”

They then took part in a challenge, which Hancock won. Back at camp, the other participants said they hoped Tindall would win the challenge and be the leader instead.

When they returned, Jill Scott let out a disappointed sigh as Chris Moyles said, “Matt Hancock is our leader. Words no one in Britain ever thought they would hear.”

Scarlette Douglas said: “I’m a little disappointed because I would rather have had Mike and Sue. But listen, they are both great people, hopefully they will do very well and we will see how well or not well they can run the camp.”

As Hancock and White assigned chores in the camp, something they weren’t allowed to do themselves, Boy George could be heard singing, “Say what you will, try to neg me, but I will never listen to a Tory.”

Boy George and Sue Cleaver then joked that they were “planning a revolution” against Hancock.

“The revolution is very, very underway and it wasn’t started by me, it was started by Sue and Mike [Tindall]’ said the Culture Club musician.

Earlier in the episode, Hancock was stung by a scorpion in the camp. After being given the go-ahead from the camp medics, he took part in the “House of Horrors” Bushtucker Trial and won nine out of eleven stars.

At the end of the episode, he was voted to do the next trial, “Deserted Down Under,” on Monday’s (November 14) episode.

I’m a celebrity… Get me out of here! airs Sunday to Friday at 9pm on ITV.