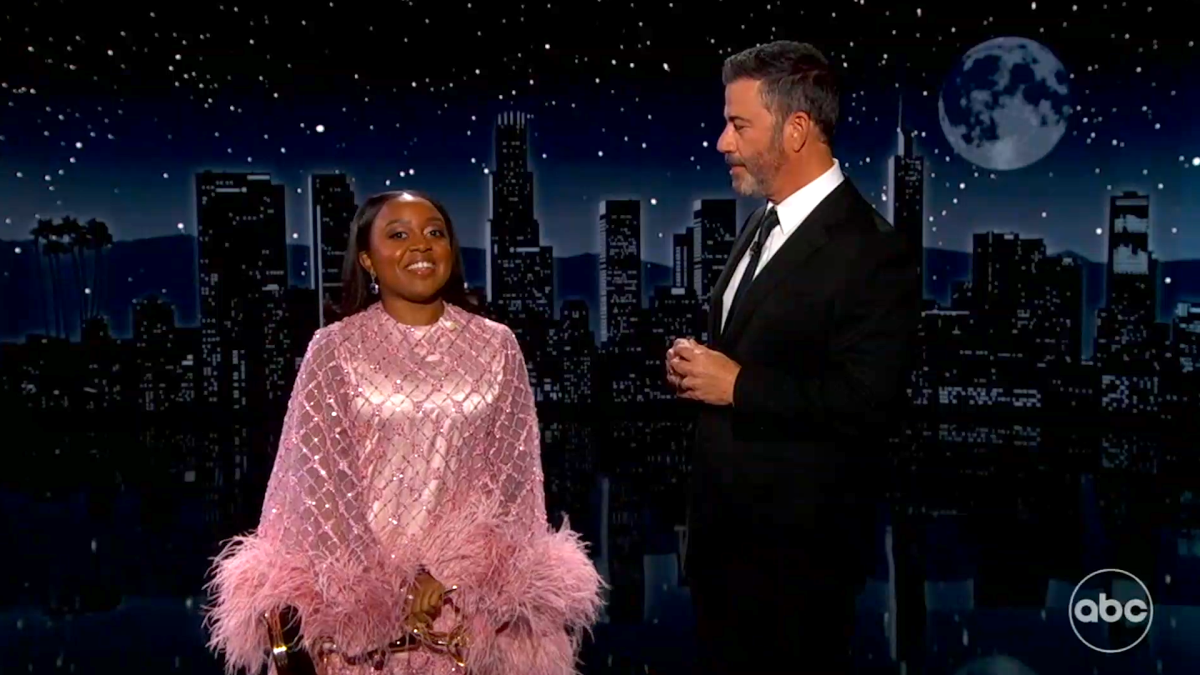 Two days after receiving her first Emmy, Abbott Elementary creator and star Quinta Brunson finally got the chance to do her acceptance speech again. Brunson interrupted Wednesday’s opening monologue Jimmy Kimmel Live! to demand a chance to thank those she didn’t have time for because of Kimmel.

“You know how when you win an Emmy, you only have 45 seconds to give a thank you speech that’s like nothing?” Brunson asked Kimmel. “And then you sometimes get even less time because some stupid comedy piece takes too long?”

Throughout the Emmys, there was a bit of Kimmel getting drunk because he regularly loses in his category. Will Arnett dragged Kimmel onto the stage as if unconscious before presenting Brunson with the awards for Outstanding Writing for a Comedy Series. Kimmel was sprawled in front of the microphone as Brunson gave her acceptance speech, and many viewers were angry about it.

In an effort to make amends, Kimmel allowed Brunson to use the remaining time of the monologue to finish her acceptance speech. Later, when she sat for an interview, he offered her sincere apologies.

“They said I stole your moment,” Kimmel began. “And maybe I did, and I’m very sorry if I did. I’m sorry I did that, actually. And the last thing I would ever want to do is upset you because I think so much of you.”

Although Brunson graciously accepted his apology, she insisted nothing could detract from the joy she felt winning her first Emmy.

“Jimmy, let me thank you,” Brunson replied. “It’s very kind of you to say that. I really had such a fun moment, like I won my first Emmy. I was up there, like, you know, happy.”