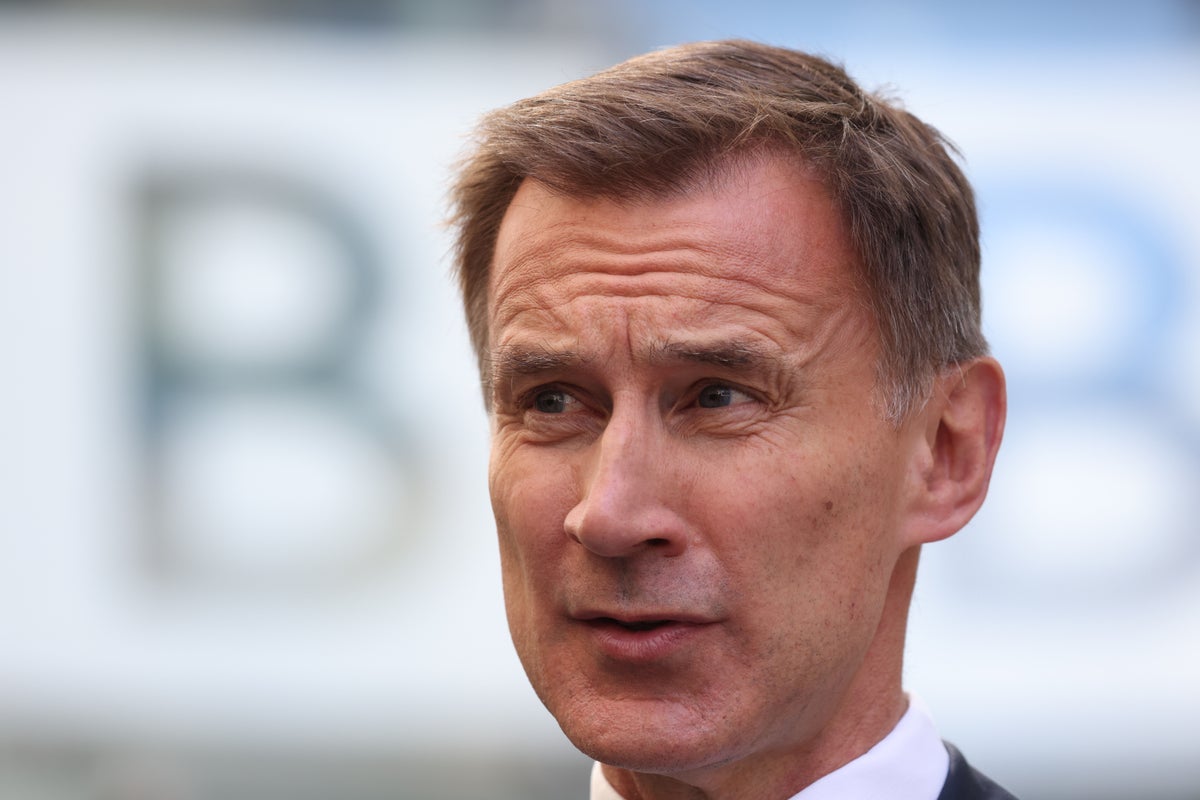 The former health minister’s comments came after Sir Brian Langstaff, the chair of the inquiry into the scandal, said compensation of no less than £100,000 should be paid to all victims “without delay”.

The Infected Blood Inquiry began collecting evidence in 2018 and was established to investigate how patients were infected with HIV and hepatitis C through contaminated blood products in the 1970s and 1980s.

There are believed to be over 4,000 surviving victims of what has been labeled the worst treatment disaster in the history of the NHS, with around 2,400 people dying.

Following comments from the inquiry’s chairman on Friday, a government spokesperson said it would consider the report of the former Supreme Court judge “with the utmost urgency” and would “respond as soon as possible”.

“I would urge ministers to recognize that time is of the essence and just wait a few months for, say, the leadership campaign to be resolved and the new prime minister to make the decision, meaning a few more people are likely to have died.

He insisted: “We have to do it right away. We’ve waited way too long. Successive governments – I was part of them – have not acted as quickly as they should have and we have to recognize that this is a terrible, terrible injustice.”

Greater Manchester Mayor Andy Burnham, who served as Health Minister in the last Labor government between 2009 and 2010, added that there may be “a case for corporate manslaughter” over the infected blood scandal.

He told TBEN Breakfast“The really startling statistic is that about every four days someone who is infected dies, and that’s why Sir Robert Francis made this recommendation, and that’s why the inquiry’s chairman has said that the government must now act with the utmost urgency.

My message this morning is to the outgoing Prime Minister: please Prime Minister, do this today, say you will do it today. No one will disagree and every MP will support it. People have waited far, far too long.”

Matt Hancock, another former health minister, told the program that the government had a “moral duty” to pay compensation to victims, but emphasized that he was “confident” that this would happen.

‘I heard what the cabinet said. What I’m reading between the lines is that they’re moving on with this pretty quickly,” he said.

He urged anyone who becomes the next prime minister on September 5 to pay the compensation, adding: “My view is that when a government launches an investigation like this, which we rightly did, it would moral duty is on the state, on the government, to pay compensation.”

A spokesman said: “The government is grateful to Sir Brian Langstaff for his interim report on interim compensation for victims of contaminated blood.

“We recognize how important this will be for people infected and affected across the UK and can confirm that the Government will consider Sir Brian’s report and Sir Robert Francis QC’s recommendations with the utmost urgency and will act as soon as possible. react. A copy of the report will be placed in the house as soon as parliament meets again.”