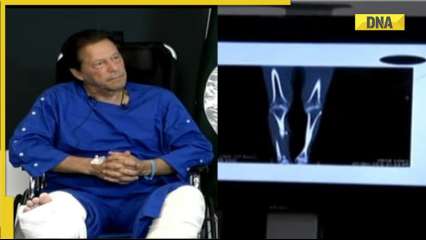 Imran Khan, the former Prime Minister of Pakistan, was injured in an assassination attempt at his rally yesterday. According to his doctors, he suffered four gunshot wounds to his legs. There were other people who were injured. During his most recent live video session, Imran Khan addressed his supporters live via the official YouTube account associated with his party.

His doctor, Dr. Faisal, shows the ex-Prime Minister’s X-ray and CT scan results on video. dr. Faisal shows the gunshot wound and describes the injuries Imran Kahn sustained during the rally. The video also includes comments from Imran Khan’s doctors confirming that the ex-prime minister was badly injured and that the bullet entered close to a large artery in Imran Khan’s right leg. The doctor went on to say that Imran Khan would have lost a lot of blood if the bullet had managed to burst the large artery in his leg. The removal of the bullets was successful, according to the doctor who performed the procedure.

While leading a protest march against the government of Shehbaz Sharif in the Wazirabad district of Punjab province, a gunman opened fire on Khan and others who had climbed atop a container-mounted truck, injuring Khan in the right leg.

Khan was in a wheelchair, his right leg raised and bandaged. He reiterated many of his previous accusations against the military’s ruling establishment and command structure.

Police in Rawalpindi, Lahore and Karachi used tear gas to disperse protesters shortly after Khan was fired upon. TV videos show some protesters being dragged into cars by police.

Khan’s followers in Lahore, who had gathered for a demonstration in response to an appeal from Khan’s political party, tried to break into the governor’s residence.

Bloomberg Economics’ Ankur Shukla said the outcry over what appears to be an assassination attempt will rally support for the former prime minister and lead to unrest, making it even more difficult to cope with the debt-ridden country, already ravaged by floods. to govern.

#WATCH | Former Prime Minister of Pakistan #Imran Khan says he was hit by four bullets in his first speech to the nation after being fired at his rally in Wazirabad, Pakistan yesterday.

Unpopular tax hikes and austerity imposed by the International Monetary Fund for a bailout could now prove very difficult for the ruling party.

Khan supporters can be seen on video damaging a military tank and demonstrating near the home of a top general in Peshawar.