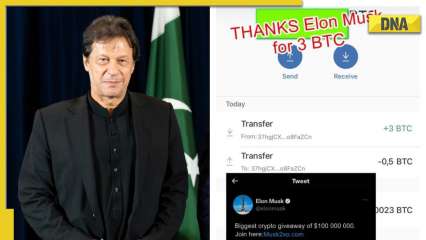 On the photo-sharing app, Khan’s Instagram profile shared a story with a screenshot of Musk’s tweet about winning $100,000. The PTI chairman’s verified account thanked the Space X boss in the said story.