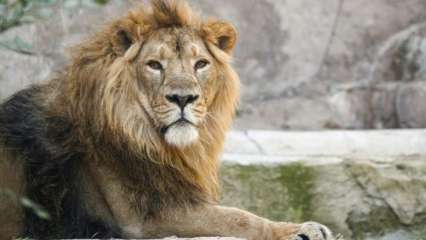 The second wave of the new coronavirus is now showing its animal signatories, eight Asian lions showing symptoms of COVID-19 in the Nehru Zoological Park in Hyderabad. This may be the first known human case infecting the feline in India.

Officials from the CCMB and the zoo confirmed to Zee Media that the data from the tests is being analyzed and that the results will be released in the coming hours.

“In the next few hours, we will be able to confirm the exact details,” CCMB director Dr Rakesh Mishra told Zee Media. “Yes, the samples have been taken but we cannot release further details at this time,” a zoo official told Zee Media who wished not to be named.

It is believed that RT-PCR tests on some of the animals, particularly the Asian Lions, were performed because they looked sick and exhibited COVID-like symptoms. There are over 1000 animals of different varieties spread over nearly 400 acres of Hyderabad Zoo. Nehru Zoological Park is currently closed to visitors due to the second wave of the pandemic. We also learn that few zoo employees have tested positive in the recent past.

Apart from that, according to a report published in Business Today, scientists at CCMB will also perform genome sequencing to determine if this strain is from animals or humans. This lion case also prompted the MoEFCC to issue a comprehensive notice on April 30 to chief wildlife custodians asking them to close all national parks, sanctuaries and tiger reserves for fear of transmission.