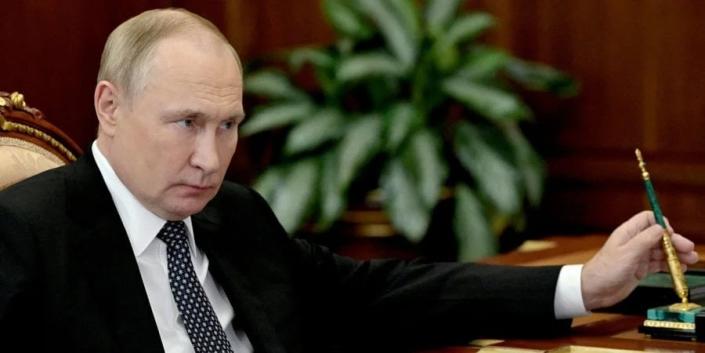 A resident of the city of Valday in Novgorod Oblast sent a photo from Yashcherovo to the editors last week.

The photo shows the air defense system, which according to the local resident was deployed in the village ‘a few weeks ago’.

Residents of Yashcherovo and neighboring villages confirmed the deployment of the air defense system. According to one of them, the system does not stand still and is on combat duty, since at least three military personnel are constantly nearby and the radar antenna is rotating.

Yashcherovo is one of the two closest villages to Putin’s residence in Moscow Oblast.

The dictator’s residence in Valday is known as a place for his personal recreation, and for his relatives and friends. According to abundant evidence, Russian pop stars have performed there at Putin’s private parties. In addition, Putin often meets honored guests there behind closed doors.

Agentstvo also found that Pantsir-S1 anti-aircraft missile systems, recently spotted on the roofs of buildings in Moscow and not far from the Rublyovskoe Highway in Moscow Oblast, where the Russian elite lives, are intended for Putin’s personal protection. and its relatives.

Earlier, on January 19, photos and videos of air defense systems on the roofs of buildings and premises in Moscow appeared on the Internet.

An air defense system was also deployed 10 kilometers from the Novo-Ogaryovo state residence in Moscow Oblast.

Ukrainian defense company Ukroboronprom said in early November it was developing a new attack drone with a range of 1,000 kilometers and a 75-kilogram warhead.

Read also: A very clear signal to Putin: what is the West doing?

The company said on January 14 that it had successfully completed a series of tests of the new drone.

Valday is about 635 kilometers from the nearest part of Ukrainian territory.

How the US is boosting military alliances to counter China