The Kenyan Ministry of Foreign Affairs has released a diary of President William Ruto’s meetings at the United Nations (UN) headquarters in New York, US.

Ruto leads Kenya’s delegation to the 77th United Nations General Assembly (UNGA). UNGA is the main policy-making body of the UN that cincludes all Member States.

“Top-level participation in the UNGA is particularly important for Kenya as the country aims to complete the second year of its non-permanent membership of the United Nations Security Council,” the statement read, in part.

The president will address the United Nations and hold bilateral talks with several heads of state and government.

At the United Nations headquarters, Kenya will seek to promote its foreign policy in the multilateral system, including increasing participation in the quest for the achievement of sustainable development goals and global leadership on emerging issues, including climate change.

The UNGA’s 77th meeting coincides with the worst drought in the Horn of Africa, with many countries in the region, including Kenya, experiencing unprecedented effects over the past 40 years.

Furthermore, the president will also use the event to lead Kenya’s quest to strengthen relations with the United States on trade, insecurity and regional policy.

To complete his second first foreign tour as Kenya’s head of state, the president attend a working session with senior US companies where he will advocate for increased trade and investment between the two countries.

Ruto will also seize the opportunity to enable other selected world leaders in priority areas of bilateral relations.

Before his speech at the United Nations Assembly, the former Vice President will give a meeting of African leaders on SDGs and global leadership on emerging issues, including climate change.

The busy schedule follows his tour of London, where he graced Queen Elizabeth II’s funeral on Monday, September 19. 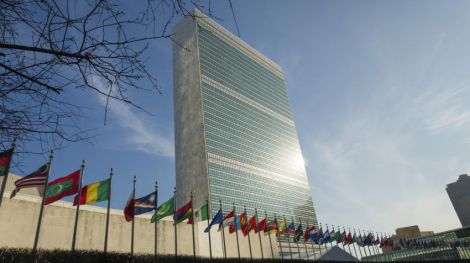