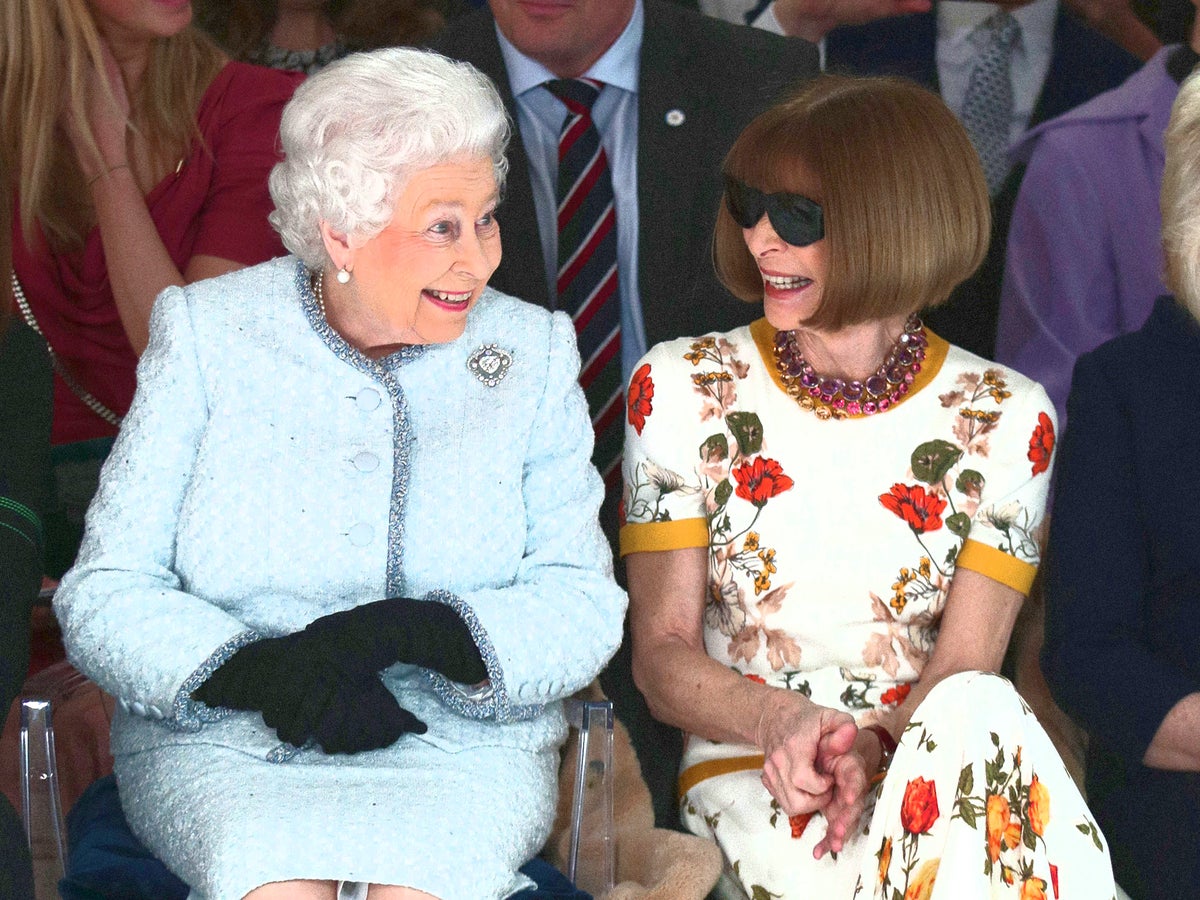 lIt’s a strange time to think about clothes. And yet that’s what many of us will be doing this weekend. Because in an unprecedented state of affairs, London Fashion Week this year comes just eight days after the death of Queen Elizabeth II.

Given the official 10-day mourning period that traditionally comes after a monarch’s death, many expected the proceedings to be canceled altogether. However, official government guidelines suggested that “there is no obligation to cancel or postpone events and sports competitions, or close entertainment venues during the national mourning period”. This would be at the discretion of individual organizations. The guidance added that “as a sign of respect, organizations may consider canceling or postponing events or closing locations on the day of the state funeral”.

The Queen’s funeral is scheduled for Monday, September 19, in defiance of what would have been the penultimate day of LFW and some of the week’s biggest shows, such as Roksanda and Christopher Kane. They have all been canceled or moved.

It’s unclear what all this means for the rest of London Fashion Week. From a business standpoint, the timing couldn’t be worse. In 2020, the British Fashion Council released a statement calling on the government to get support from the sector, with data from Oxford Economics forecasting 240,000 job cuts in the wake of Covid, cutting revenues from £118bn to £88bn . Emerging brands took a beating in terms of big losses, although established names were not immune: Burberry’s retail sales fell 48.4 percent in 2020.

ALSO READ  'Closed' signs are going up across the UK

After two years of turmoil caused by the pandemic, the fashion industry was finally ready to make its big comeback. Burberry, Raf Simons and JW Anderson all returned triumphantly to headline the program, sparking a wave of excitement among the fashion pack, which has spent the past few seasons adapting to schedules with fewer shows and far less pageantry than usual. Think smaller venues, lower budgets and nowhere near the typical number of A-list participants.

On Friday, the British Fashion Council released a statement announcing that the biennial event would continue despite the national mourning period, adding that they recognize the importance of the event for businesses and as a showcase for designers. “Therefore, shows and presentations of collections can continue,” it stated, “but we ask designers to respect the mood of the nation and the period of national mourning by considering the timing of their image release.”

However, shortly after the statement was released, Burberry and Raf Simons announced their decision to cancel their shows as a sign of respect for the Queen. For smaller brands, who have been preparing their Spring/Summer 2023 collections for the past six months, this choice was not so easy. Hence, many of them including Molly Goddard, Rejina Pyo and SS Daley chose to proceed respectfully.

“I think the mood this season will be influenced by recent events and this will be very present at shows,” said designer Daniel W Fletcher, who will debut his new collection on Thursday evening. “There was a real excitement for LFW this season that I hope hasn’t been lost. I think it’s important for brands and designers to be respectful, but also to remember that fashion shows are an important part of a brand’s calendar for sales and press.”

Fletcher adds that for his brand, which offers contemporary unisex clothing worn by Harry Styles and Sam Smith, canceling just wasn’t an option. “It would have had a devastating impact because we had already invested so heavily in it and couldn’t recoup those losses,” he explains. “We will pay tribute to the beginning of our show [to the Queen] which I hope our guests will join us.”

A similar sentiment was expressed by Harris Reed, whose gender-fluid label has been seen on Adele and Beyoncé. On Sunday, the designer released a statement on Instagram explaining his decision to continue with his Spring/Summer 2023 show this season, writing that his fellow young designers have “put their entire brand budget into their shows to help sell and generate brand awareness with the. The result is that hopefully they can grow and not go under or have to restructure”.

Reed tells me that the focus right now should be on the sense of community that LFW provides. “It’s so important that we have this moment of artistic expression,” he says. “We are all small businesses and we put our hard-earned money into these shows. So it’s crucial that when big shows go down, we young designers stick together and make a statement with our clothes. We are here, we are together and that is how we support the UK economy.”

Reed explains that “thousands and thousands” of hours have been put into preparing his upcoming show, in addition to “six figure” financial investments. “Cancellation would have completely halted the progress of the brand as it is today,” he adds. “We would be in a very difficult position if we hadn’t been able to show this season.”

There will inevitably be those who will criticize the fashion world for making progress in such a sensitive time. But as designers have pointed out, such criticism is likely rooted in a common devil wears Prada– fueled misconception around LFW. That it’s free. For fun. Shallow.

“While LFW can be entertaining and fun to the outside world, it’s a serious corporate event that’s part of the official fashion calendar,” said Bora Aksu, who will be showing his Spring/Summer 2023 collection Friday afternoon. “So much hard work goes into creating seasonal collections and I believe we will keep going [and] showing our work will only help maintain London’s reputation as one of the premier fashion capitals. I’m sure the Queen would have agreed and supported that.”

Of course, the Queen herself made a famous appearance on LFW. In 2018, she sat front row alongside Anna Wintour at Richard Quinn’s show to present the designer the inaugural Queen Elizabeth II Award for British Design. Quinn, who has since established himself as one of the annual highlights on the LFW calendar, was originally set to showcase his new collection on Monday evenings; his show now takes place on Tuesdays.

It’s likely that many of the shows that chose to continue this season, especially Quinn, will feature a tribute to the Queen. After all, fashion is nothing but a reflection of society, even when that society is mourning. And like all art, it has the power to send a message to the masses and provide a sense of much-needed unity where there is often division. Given this, in addition to the late monarch being a staunch supporter of the British fashion industry, it might make more sense to continue proceedings than not.

“Prospering through hard times was one of the trademarks of the late Queen,” said Mark Fast, who will debut his Spring/Summer 2023 collection on Friday. “When it comes to business, the show must go on. As a brand, we will continue with the show to demonstrate our strength and belief in our company while also paying our respects to the Queen.”

We don’t yet know how designers will pay tribute to Her Majesty, or other matters of national importance this season. However, Reed is quick to tease his show. In terms of clothing, fans can expect “huge silhouettes, incredibly detailed garments and more than lifelike clothing”. In addition, there will be a secret artist “who will blow people away, as an emotional tribute to the time we are in”. If this approach is echoed by Reed’s contemporaries, the result could be something very special — and needed more than ever.