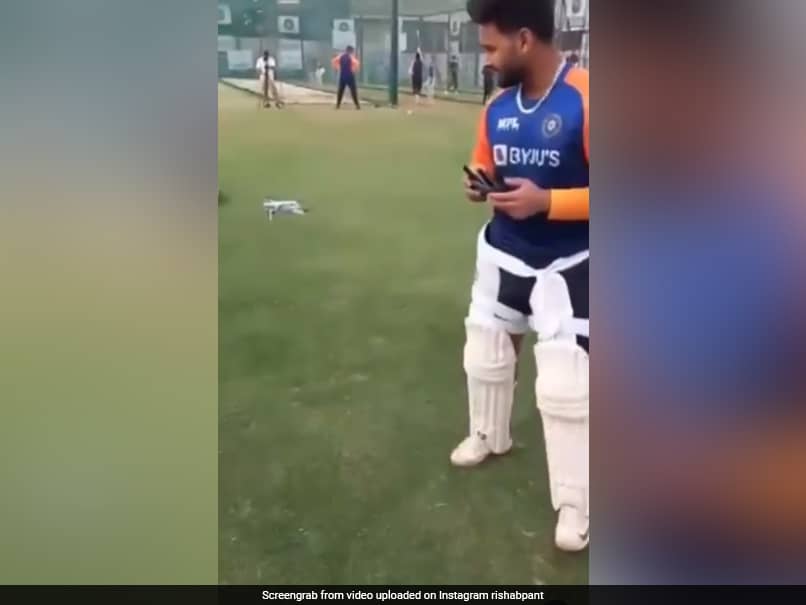 Ahead of India’s third test match against England, Rishabh Pant introduced fans to his “new friend”, a drone he named “Spidey”. The third test match is scheduled to begin on February 24 at Motera Stadium in Ahmedabad. Speaking to Instagram, Pant shared a video of him using the drone. “I spent a lot of time behind the stumps, thought about taking a new view on the nets today! Meet my new friend, I call him spidey,” he wrote with the video.

ALSO READ  World Test Championship: As New Zealand advance to the final, what should India's game plan be against England?

In the video, Pant can be seen recording a crisp Team India session with the drone.

Recently, BCCI released aerial footage of Motera Stadium, which has attracted a lot of attention from cricket fans on social media.

The four-game test series is currently 1-1 with India winning the second game by 317 points. England won the first test by 227 races. Both matches took place at MA Chidambaram Stadium in Chennai.

From the third test, the Motera Stadium is expected to host seven international trotting matches and is also the largest cricket ground in the world with a capacity of 1.10,000 seats.