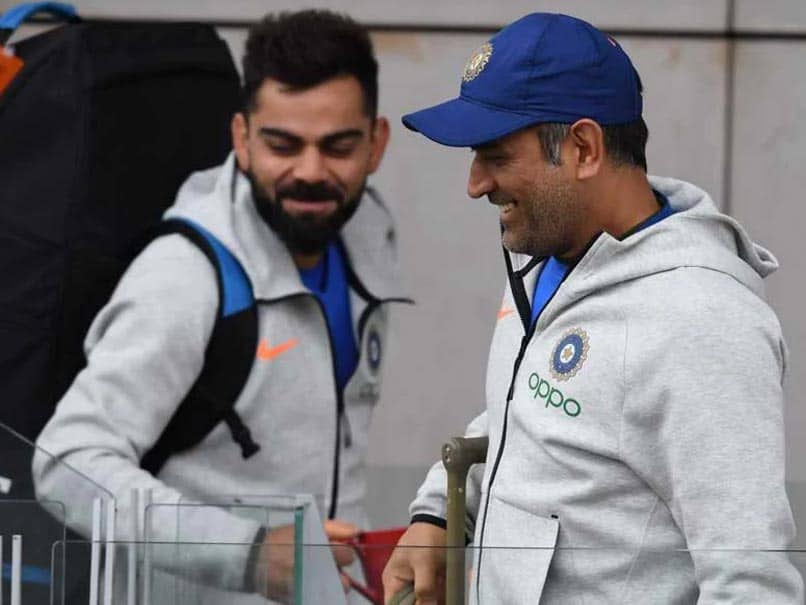 Virat Kohli is one win away from surpassing MS Dhoni’s tally of most test wins by an Indian home captain, but for Kohli the record means nothing in the face of the camaraderie he shares with Dhoni . Dhoni and Kohli have both successfully led India in 21 home games and Kohli will have a chance to pass the former skipper in the pink ball test against England which starts on Wednesday.

“This record (surpassing Dhoni in captain) means nothing to me. Records are looked at from an individual perspective and we don’t play sports for those records,” Kohli said on the eve of the third Test.

The Indian skipper stressed that he had never focused on personal milestones. Kohli wants the same from the person who would be India’s next captain in the future.

ALSO READ  IND vs ENG, 2nd test: Virat Kohli seen animated with the referee after the survival of Joe Root

“Whether it is the individual record as a batsman or the number of victories as captains, it is a responsibility given to me and I try to do my best. It has always been and will be the case. even, as long as I’m playing the It’s fickle things that look great on the outside compared to individuals, but that doesn’t matter to me, ”Kohli said.

“We (Kohli and Dhoni) share a great camaraderie, and mutual respect is something you really care about and I understand the importance and significance of that. I have a responsibility to keep Team India on top, and the same goes for someone who takes over after me, ”he added.

The four-game series between India and England is currently tied 1-1. The two teams will now face each other in the third day and night test at Motera stadium, starting on Wednesday.

The Bharat Express News - March 3, 2021 0
Four years ago I tried to live off Bitcoin for a week and failed. It was too difficult to find companies that would...

Daisy Ridley is stunned as she is surprised by Matilda star...

Sarkozy says he could file corruption appeal at European Court of...

Daisy Ridley is stunned as she is surprised by Matilda star...