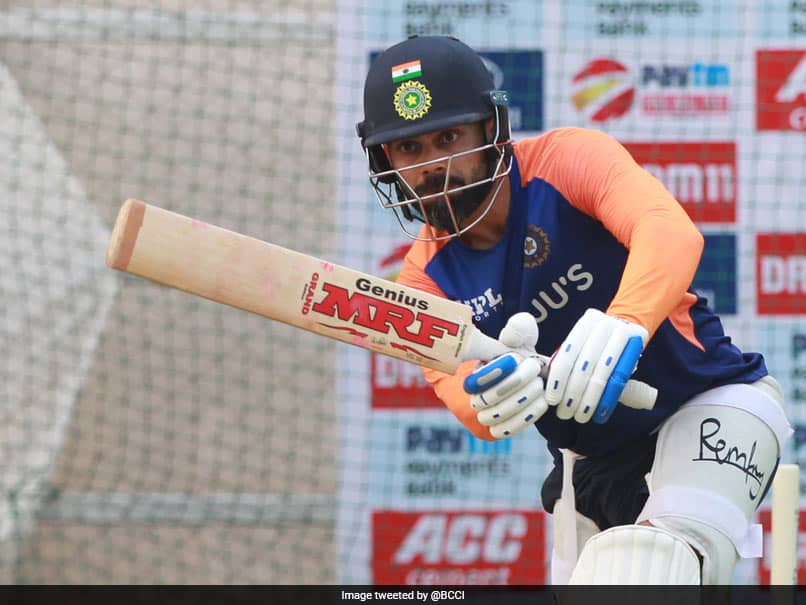 IND vs ENG: Virat Kohli trains in the net at Motera stadium.© Twitter

India are preparing for the third test against England at Motera Stadium in Ahmedabad, which starts on Wednesday. On Monday, the Cricket Control Council of India (BCCI) took to social media to share photos of the team’s training session under the lights ahead of the crucial Day-Night match. “#TeamIndia trains under the lights as they prepare for the pink ball test at Motera Cricket Stadium,” said the Indian Cricket Council. Captain Virat Kohli, Rohit Sharma and batsman Rishabh Pant can be seen batting in the nets in the photos, while stimulator Mohammed Siraj is also spotted at the bowling alley.

#TeamIndia Practice under the light as they prepare for the pink ball test at Motera Cricket Stadium. @Paytm #INDvENG

Here are some snapshots of the nets session pic.twitter.com/bXOMd5ARxn

This will only be the second day-night test held in India and the third time India has played one.

India’s first day-night test took place at Eden Gardens in Kolkata against Bangladesh in 2019, where Virat Kohli scored a century and Ishant Sharma took five wickets as the hosts ran out of comfortable winners.

India also played against Australia in a pink ball test in Adelaide just before the England series, where they suffered the infamous 36 all-out to go 1-0 in the Down Under game, before finally coming back for record a historic victory.

India and England enter the third Test with the series tied 1-1.

England took the series lead in the first match at MA Chidambaram stadium in Chennai, before India won the second match – also held at the same venue.

The day-night test at La Motera will also be the first international match to be held in the stadium after it has been renovated to make it the largest cricket stadium in the world.