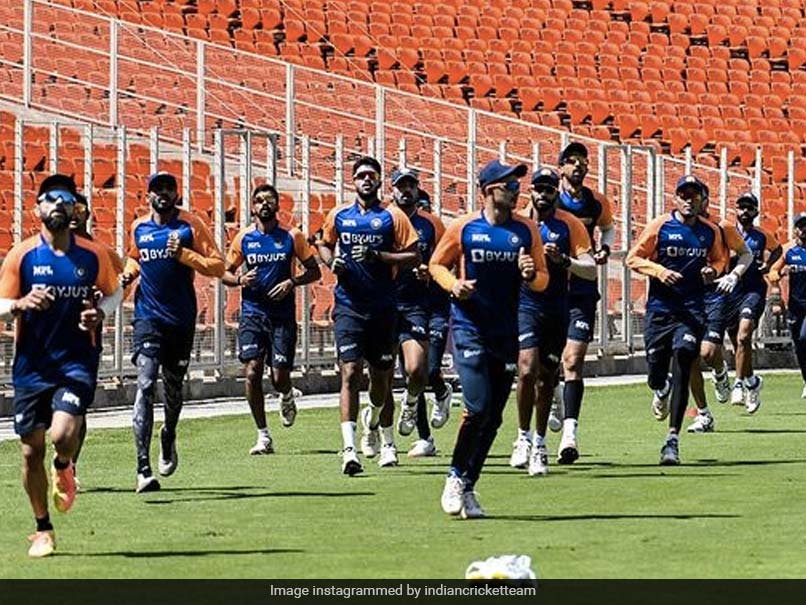 Captain Virat Kohli led a vigorous training session as the Indian team looked on Sunday to get used to the pink ball and a chic arena in Motera ahead of the day and night test against England starting on Wednesday . The four-game series is currently tied at 1-1 with the visitors winning the first test in Chennai by 227 points, and India coming back strong with a 317 point triumph in the second game at the same venue.

Eager to seal the rubber’s fate with another victory, the home side’s players did stretching drills, field drills before hitting the nets at the new Sardar Patel Stadium, the largest cricket stadium in the world with a staggering capacity of 1,10,000 spectators.

The big guns – skipper Kohli, his deputy Ajinkya Rahane, flamboyant Rohit Sharma and wicket-beater keeper Rishabh Pant – struck in the net as Jasprit Bumrah and Mohammed Siraj came running and testing themselves under the blazing sun.

Pace spearhead Bumrah is gearing up for a comeback after missing Game 2 at Chepauk and seasoned Ishant Sharma, who is set to play in his 100th test, has also been seen in action.

While the spinners may have accounted for most of the wickets in the first two tests of the current series, the Indian pacers took all 20 wickets to win their only previous day-night pink ball game at home, against the Bangladesh in Kolkata.

Forerunners Shubman Gill and Mayank Agarwal also had a hit in the net, with the Punjab batsman once again preparing to team up with Rohit in the lead in the next game.

The spinners – Ravichandran Ashwin, Axar Patel and Kuldeep Yadav – have also rolled their arms. The first two are set to play even as India considers leaving the Chinese bowler out with the pink ball swinging in mind.

BCCI released a short clip of the practice session while the local body – Gujarat Cricket Association (GCA) – captured the moments as players went through the drills.

ALSO READ  India vs England: will there be fans at MA Chidambaram stadium for the 1st test?

As the two teams began their training in full swing, players couldn’t help but rave about the stadium whose locker rooms, surprisingly enough, are connected to the gymnasium.

President Ram Nath Kovind is expected to attend the next test match with Union Interior Minister Amit Shah after the inauguration of the new stadium.

Cricketers from all over the world in India have already expressed their admiration at the new facility.

India vs England, 3rd test: Axar Patel ends up with 11 wickets, hosts only need 38 to win