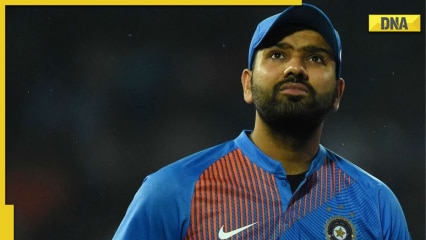 India vs New Zealand 2nd ODI: The Indian cricket team finally put in a stunning performance on the pitch against New Zealand during the second ODI with the Indian bowlers rioting against NZ batsmen.

While the Indian team won the 2nd ODI against New Zealand by a whopping 8 wicket lead, skipper Rohit Sharma revealed some tough decisions he had to make to secure victory. Sharma related a difficult conversation he had with his bowlers during the game.

Despite Siraj and Shami’s standout performances as bowlers during the neck-and-neck game, Indian skipper Rohit Sharma decided to step in and made the decision to pass the substitution to other pacemakers against New Zealand.

Speaking at the post-match ceremony following India’s victory, Rohit Sharma revealed that Siraj and Shami were not willing to step aside and give up the ball, so he had to step in to tell other bowlers a change in the game. to give.

ALSO READ  ICC Under 19 Women's T20 World Cup 2023: When and where to watch India W vs England W final live in India?

Rohit Sharma said: “They (Shami and Siraj) were dying to keep bowling for a long time but I reminded them there is also a Test series coming up (Australia at home) so we have to look after ourselves too. I have to step in and draw the line and say, ‘boss, there are other bowlers too.’

As quoted by The Bharat Express News, the Indian captain went on to say, “I thought the bowlers have really stepped up in the last five games. Whatever we asked of them, they delivered. Especially to do this in India. You can expect these performances outside of India, but they have real skills. When we trained here at night yesterday, it moved, there was good carrying capacity. That’s why we wanted that challenge: 250 would have been quite a challenge.”

In the three-game series against New Zealand, India has secured a comfortable 2-0 lead.