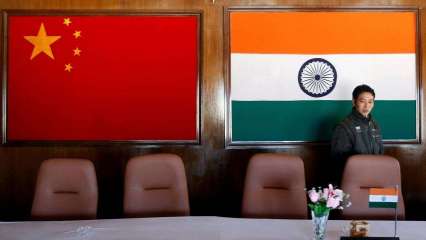 The Indian government approved three Hong Kong proposals on February 5, well before the start of the first phase of disengagement at Lake Pangong. The inter-ministerial committee (CIM) headed by the interior ministry approved the proposal on January 22.

After the Galwan incident last year, India stepped up its review of Chinese investments in the country. WION has learned that the policy remains intact. India had lost 20 of its soldiers during aggressive actions by the Chinese PLA. China has accepted the loss of 4 of its soldiers.

The three proposals include two of the Japanese companies and NRI investors, not “hard” proposals from mainland China. WION has seen the proposals, one of them is the restructuring of a company.

The Japanese proposal is an FDI proposal from Nippon Paint (India) private limited. The transaction involves an increase in the stake in three Indian entities. The second proposal from a citizen watch company, listed on the Japanese stock exchange in Citizen Watches India and the third by a Hong Kong-based NRI in a Hyderabad-based sports company.

Earlier this month, on February 11, Indian Defense Minister Rajnath Singh announced details of the first phase of the Lake Pangong disengagement. According to the plan, Chinese forces will go east of Finger 8 on the north shore of the lake. The disengagement ended last week and on Saturday the 10th round of talks concluded between the Indian and Chinese sides. The talks focused on disengagement in other areas, such as the Gogra, Hot Springs and Depsang planes.

Bielsa left discouraged by the prospect of Leeds missing face to...

The Bharat Express News - February 25, 2021 0
Leeds boss Marcelo Bielsa has said he would prefer to see his players face Jack Grealish, amid doubts over the severity of the Aston...

5 things to know before the market opens on Thursday

From transmission to efficacy, Pfizer, Oxford and other Covid vaccines compared

Bielsa left discouraged by the prospect of Leeds missing face to...

5 things to know before the market opens on Thursday