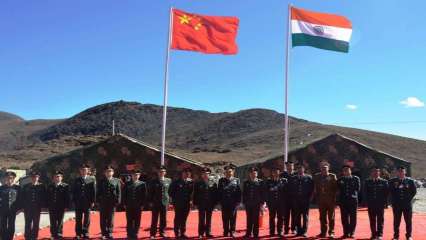 India and China will hold the 11th round of corps commander-level talks in Chushul on Friday to discuss the disengagement of friction points in the Gogra, Hot Springs and Depsang plains in eastern Ladakh.

The talks come after almost a two-month gap. The objective of the conference would be the disengagement on other points of friction.

On February 20, the Indian and Chinese military held the 10th round of military dialogue to defuse tension at the Line of Effective Control (LAC). The Indian military delegates were led by Lieutenant General PGK Menon, commander of the 14th Corps based in Leh. They had met to discuss disengagement in areas of friction like the hot springs, Gogra and the 900 km2 Depsang Plains.

ALSO READ  IND vs ENG: "Sunil Gavaskar can call me, I'll tell him about my desire to do well in the cricket test", says Jonny Bairstow | Cricket News

The build-up at Depsang was not seen as part of the current standoff that began in May last year as escalations took place here in 2013, India insisted during recent commanders’ meetings. military to resolve any issues on the real line of control.

“The first attempt will be to resolve Gogra and Hot Springs. Finding a solution in Depsang could be tricky and take longer,” the officer said.

So far, a disengagement process on both sides of Lake Pangong has taken place. It was on February 10 that China announced that New Delhi and Beijing had agreed to disengage from Lake Pangong.

As per the agreement, Chinese troops returned to Finger 8 and Indian troops retreated to Dhan Singh Thapa post between Finger 2 and 3 on the north shore of Pangong Lake.

India and China are in a year-long standoff over the real line of control. Clashes began on the northern shore of Lake Pangong, both in the waters and on the shore as Chinese incursions escalated in early May last year.