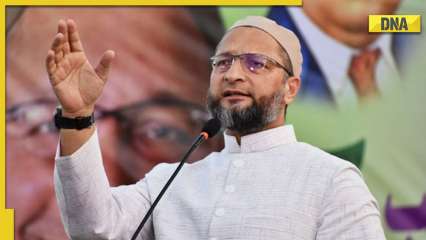 AIMIM chief Asaduddin Owaisi said on Saturday that after the next Lok Sabha elections, India should have a weak prime minister and a “khichdi” or multi-party government so that the weaker sections of society benefit. A powerful prime minister only helps the powerful, he said at a press conference.

The AIMIM chief also attacked the Aam Aadmi Party (AAP) claiming it was no different from the ruling Bharatiya Janata Party (BJP) in Gujarat as it kept silent about the controversial release of convicts in the Bilkis Bano case .

The AIMIM will field candidates in the Gujarat assembly polls likely to be held in December, he said.

The AIMIM leader attacked Narendra Modi, saying that “the most powerful prime minister after Jawaharlal Nehru” blamed the “system” when questioned about unemployment, inflation, Chinese interference and waiver of corporate taxes and bank loans from industrialists.

The country also needs a “khichdi” government — a term used for a rainbow coalition — with a different flavor, the AIMIM chief said.

On “revdi” (freebie) political debate, he said: “What you call revdi is offered by everyone. The prime minister waives corporate taxes and loans to industrialists. AAP is no different from the BJP. Both keep saying the same things. AAP says not a word about Bilkis Bano.”

Asked about Bihar Prime Minister Nitish Kumar, who is projected by some as the opposition prime minister for 2024, Owaisi said the BJP would benefit if the opposition tried to compete with Modi by projecting faces.

ALSO READ  PM Modi has a powerful, influential voice on the world stage: UK on 'not era of war' comment

“Instead, we should all compete with the BJP in all Lok Sabha seats together,” he said.

The AIMIM chief slammed Nitish Kumar, saying that the chief minister of Bihar was an ally of the BJP when the Gujarat riots took place in 2002, he formed governments with the saffron party and now he has teamed up with someone else.

Most political parties are competing for greater standard-bearers of Hindutva ideology, while pushing aside the issues of inflation, unemployment, education and health, he said.

Rahul Gandhi was asked to request me to withdraw from Congress presidential election, he refused: Shashi Tharoor