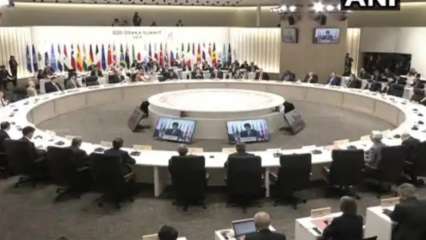 India will host the G20 summit in 2023, not 2022, with a one-year postponement. Sources in Saudi Arabia and Delhi have confirmed the development that India will host the summit of the Reunification of the 20 largest economies in 2023.

Sources told WION: “It was decided on the basis of consultations and mutual convenience that we will host in 2021 after Italy and Indonesia.”

This will be the group’s first such summit to be held in India since its formation after the 2008 financial crisis.

The Riyadh leader’s statement said: “We thank Saudi Arabia for successfully hosting the Riyadh summit and its contribution to the G20 process. We look forward to our next meetings in Italy in 2021, in Indonesia in 2022. , in India in 2023 and in Brazil in 2024 “

India has already started preparing for the summit and setting up a secretariat for the Delhi summit meetings. Last week, Indian G20 Sherpa Suresh Prabhu told WION: “We have started the preparation, in full swing. It is led by our Prime Minister Modi, he is a very practical leader of the country and we are already working on a very high level. tech, efficient state-of-the-art secretariat in which a number of departments will participate. “

It was agreed at the G20 summit in Argentina in 2018 that India would host the summit on the occasion of the 75th anniversary of independence.

Speaking at the G20 summit around that time, Indian Prime Minister Narendra Modi said: “This is India’s 75th independence day in 2022 and we asked Italy if we could get 22 instead of 21 (to host the G20 summit). They accepted our request, others accepted it too. I am grateful and invite leaders from all over the world to come to India in 2022 “

Silent protest by farmers at government meeting with ‘Yes / No’ signs