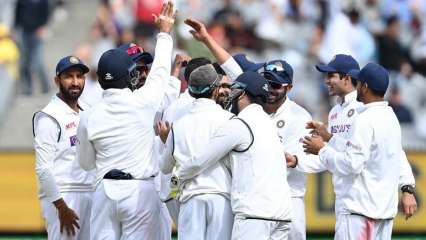 Preparation for the Brisbane test between India and Australia was far from ideal. After the Indian cricket team raised the issue of not going through the hard quarantine in Brisbane, there were concerns that the fourth test would not be played at Gabba. The situation was not improved when the shadow minister of health and the minister of sports both said that if India could not follow the rules, they should not come. Now there is a new controversy surrounding the Quarantine Hotel in Brisbane. The hotel in which the Indian cricket team and the Australian cricket team were located lacked basic facilities. According to a senior BCCI official, there was neither room service nor housekeeping service. The swimming pool is not accessible while the gym does not meet international standards.

Apparently BCCI Chairman Sourav Ganguly and Jay Shah are in contact with Cricket Australia about the hotel and they hope to resolve the issue amicably. However, sources close to The Bharat Express News said: “Team members are now allowed to move to the floors where the rooms have been allocated to the Indian team. They are also allowed to use the gymnasium there. ‘hotel.” The Indian team arrived in Brisbane on Tuesday but were placed in strict quarantine.

Recently there was an outbreak of the new British variant of the coronavirus at the Grand Chancellor Hotel, which is close to the hotel where the Indian cricket team is based. Recently Brisbane was locked down for three days and this is what led to the border closure with New South Wales. The Indian cricket team has arrived from New South Wales under a special arrangement. The Queensland government has allowed 50 percent of crowd capacity at the Gabba for the series decider. Face masks were made mandatory for all fans visiting the site during the test.

ALSO READ  'Are you opening up in India' to 'playing IPL for cash', Sri Lankan player does a crazy dig at Dom Sibley, Jonny Bairstow

Australia hope to maintain their proud record of not losing in Brisbane since 1988 as they prepare for the final test. India was troubled by injuries with Jasprit Bumrah, Ravindra Jadeja and Hanuma Vihari all excluded. There is a big fitness problem with Ravichandran Ashwin and Mayank Agarwal. The four-game series is level 1-1.