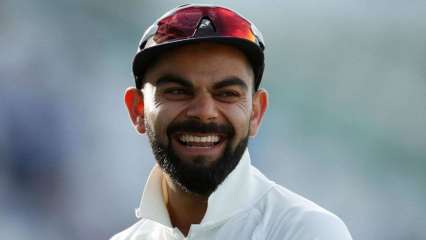 To qualify for the World Test Championship (WTC) final, India must win a test and draw against England in the current test series. But skipper Virat Kohli wants to win both matches and not think about the WTC points table just yet.

The four-game series between India and England is currently at 1-1 and both teams will now see the horns in the pink ball test, which begins on Wednesday at Motera Stadium.

Kohli said the hosts are focusing “only” on the two tests and the team is not reflecting on what the possible scenarios will be for the WTC Finals.

ALSO READ  'Will take off half of my mustache, if he does,' Ashwin issues open challenge to Pujara

“You can’t play for those kinds of reasons. We’re not looking to win one and shoot one, we’re looking to win both tests. For us, those are two games of cricket that we just focus on. , that’s a conversation for later, ”Kohli said at Tuesday’s virtual press conference.

“Right now, we are preparing for tomorrow, we are ready for the big five days by wanting to win a test match for India and then move on to the next,” he added.

Earlier this month, the Indian skipper expressed disappointment at the logic behind the change in the WTC scoring system. And Kohli wants to focus on both tests against England for now and doesn’t care what lies ahead in the future.

ALSO READ  World Test Championship: England in the lead, India slips to fourth, here's what they need to do to qualify

“One day at a time is something we’ve been following for years and there’s no point in moving far into the future. You have no idea what’s going to happen, so we’ll just focus on what’s next. is happening in the present moment, ”Kohli said.